We are well into week 3 at this point, but I've been spending my time trying to catch up.
I spent so much time, and was totally rejuvenated after drawing number 4 below. I was back in my comfort zone working with charcoal! But because I spent over an hour on this drawing and was pretty tired, it took me a couple of days to pick up again. 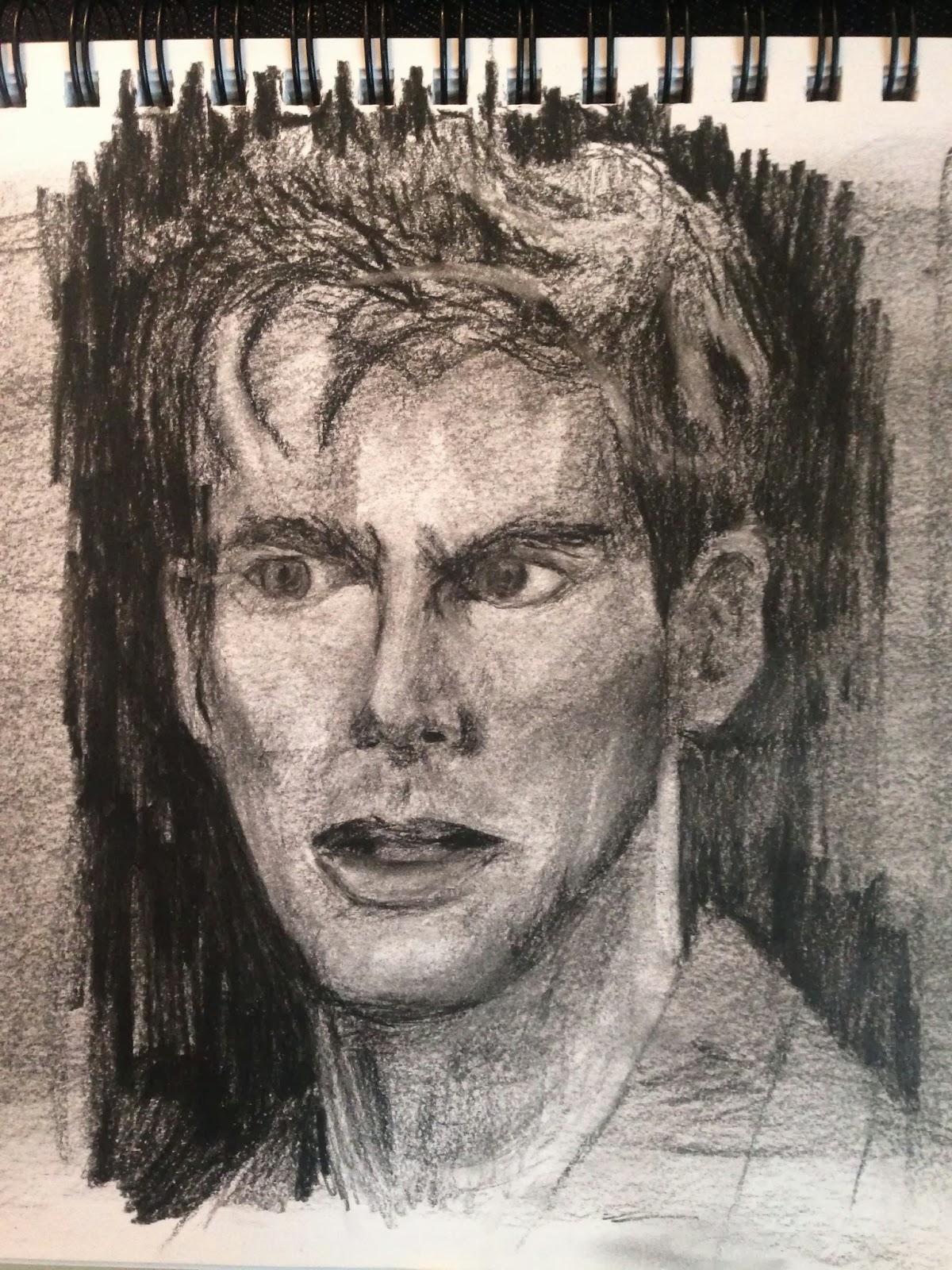 The next drawing, I think, was supposed to be some sort of garden. Its winter here in the north east, so I selected a photo of a piece of drift wood we found on Nantucket that I've always wanted to paint or draw. I wasn't supposed to erase, but I was in the zone of adding a tone and cutting into it after the charcoal drawing, so this is the same method, but with graphite. 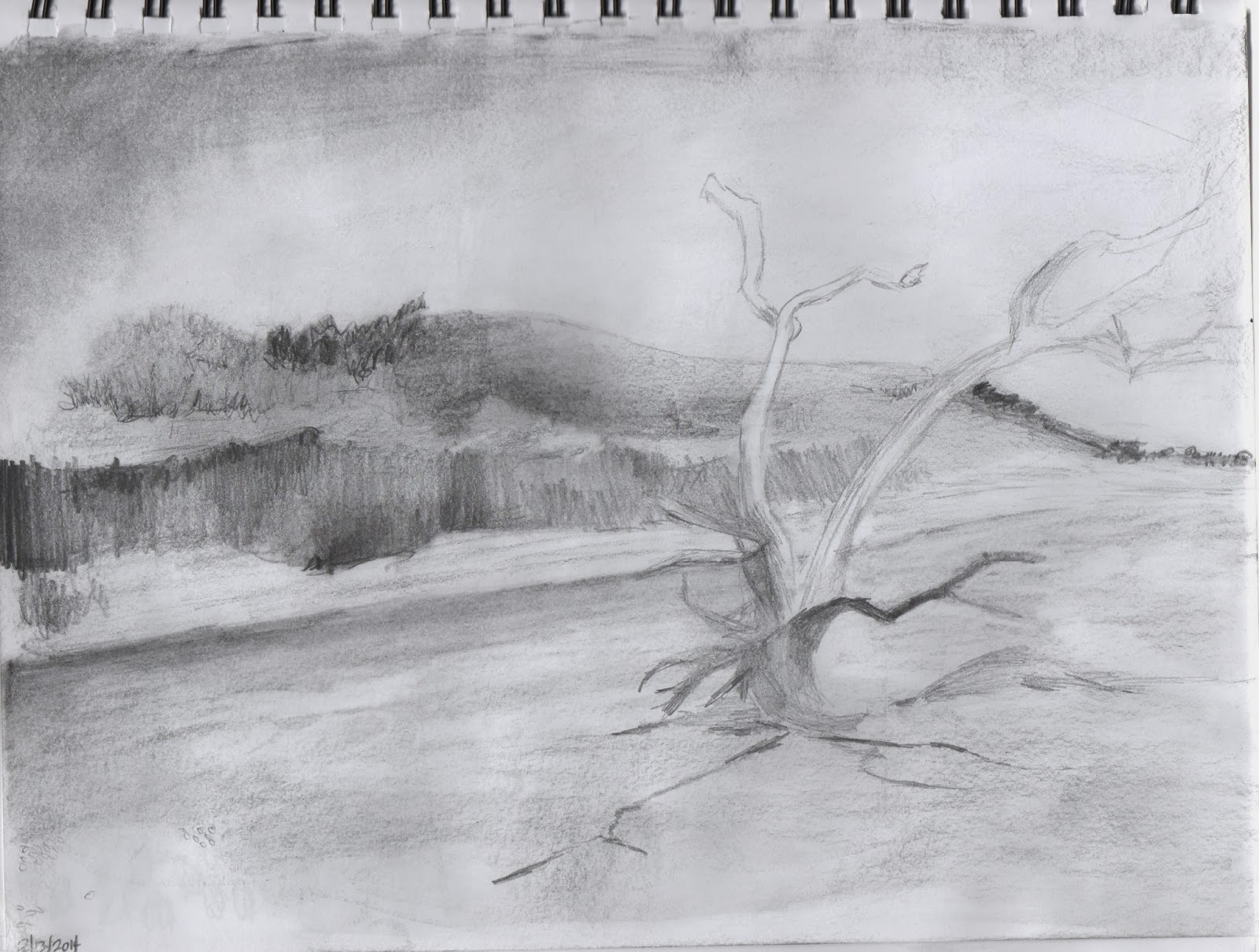 Next was supposed to be a garden scene with pen and ink, but again, I'm in the  north east with more and more snow. (Three storms just this week!) This is what it looked like outside my classroom. Cat tails, practice field, street, followed by a hillside graveyard. Yuck. 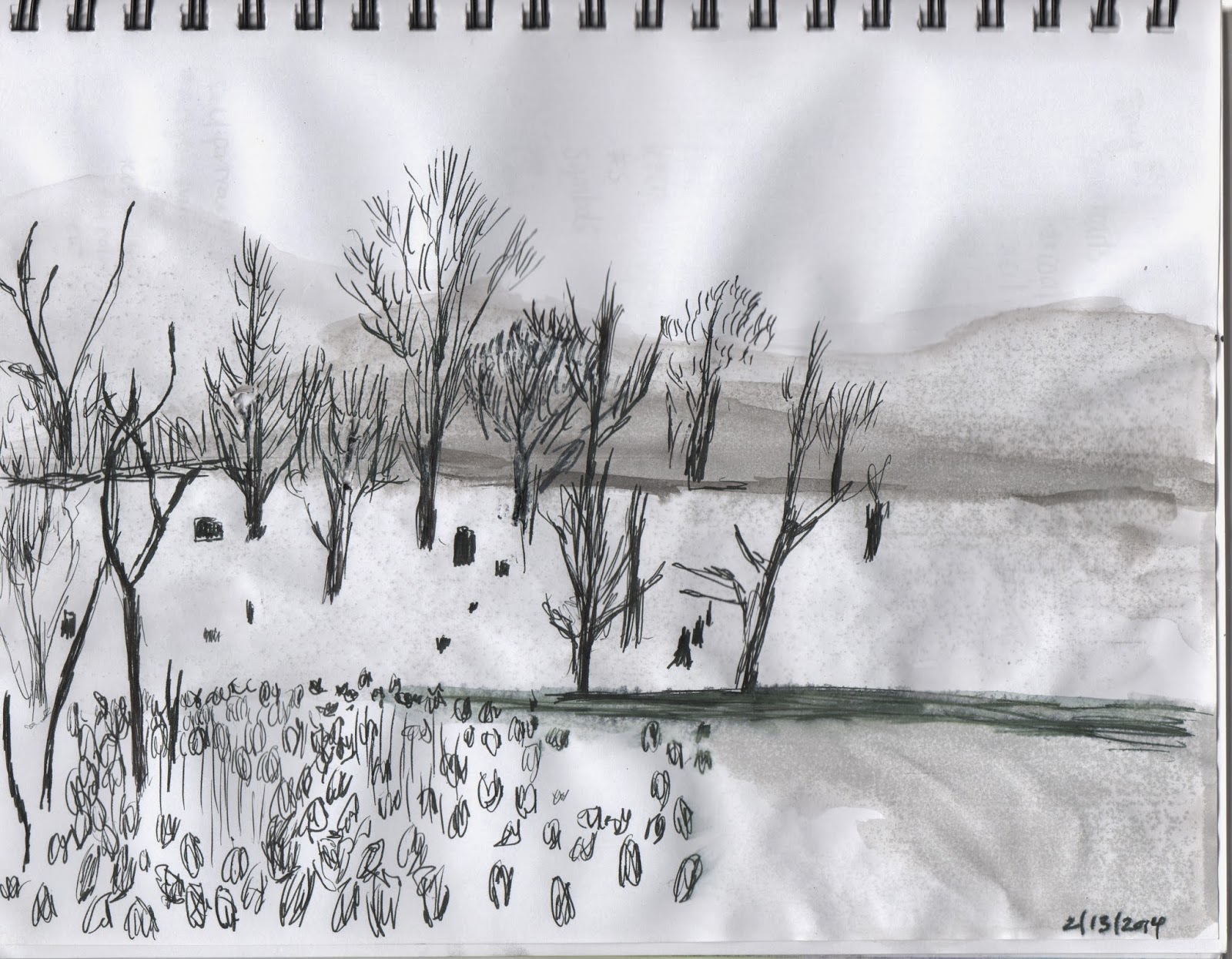 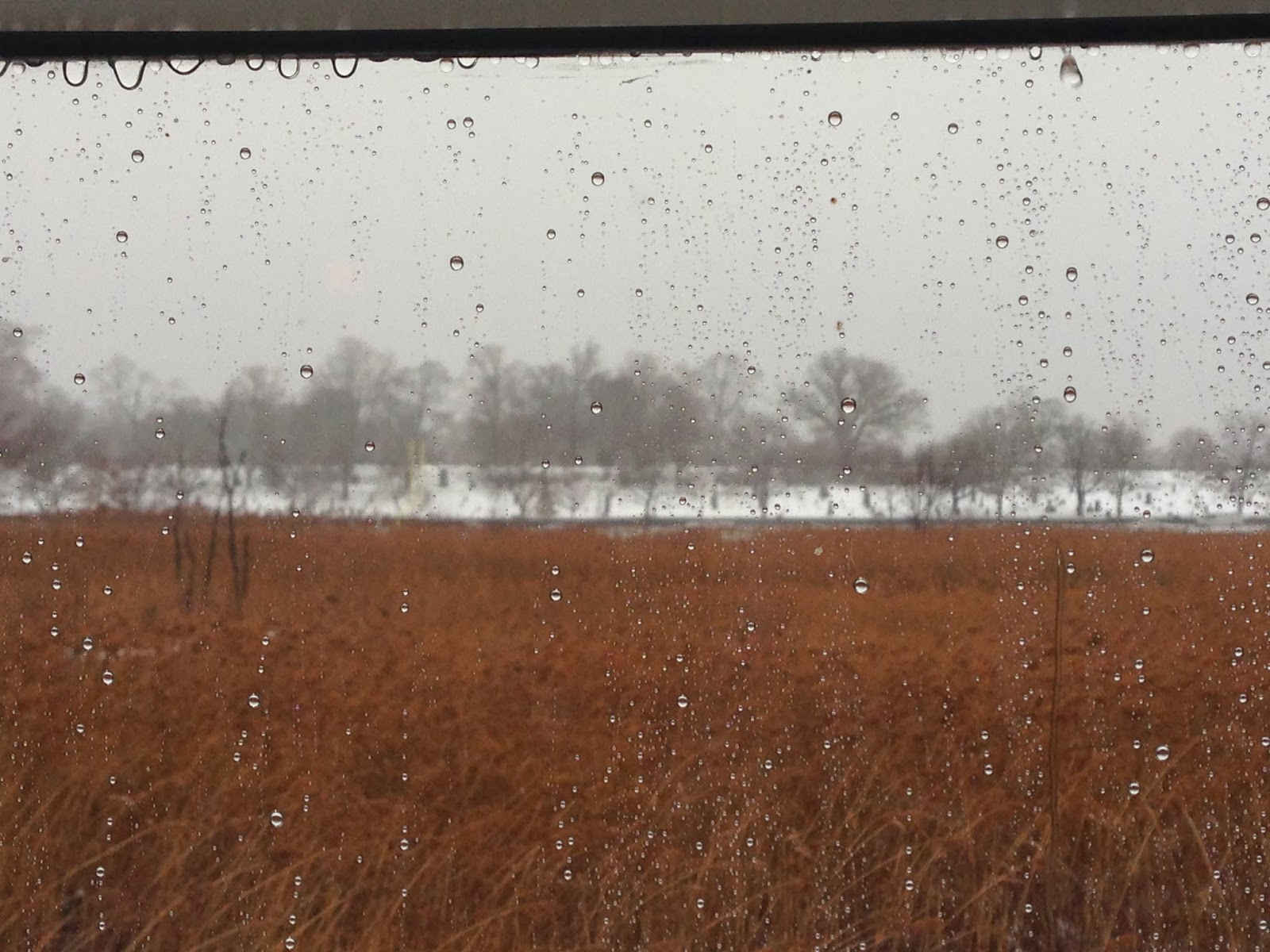 Day 8 was a pencil, charcoal and ink drawing of family members. I think others did one portrait of the same person. I decided to do three... and timed myself to spend only thirty minutes, even though I could have definitely spent more... 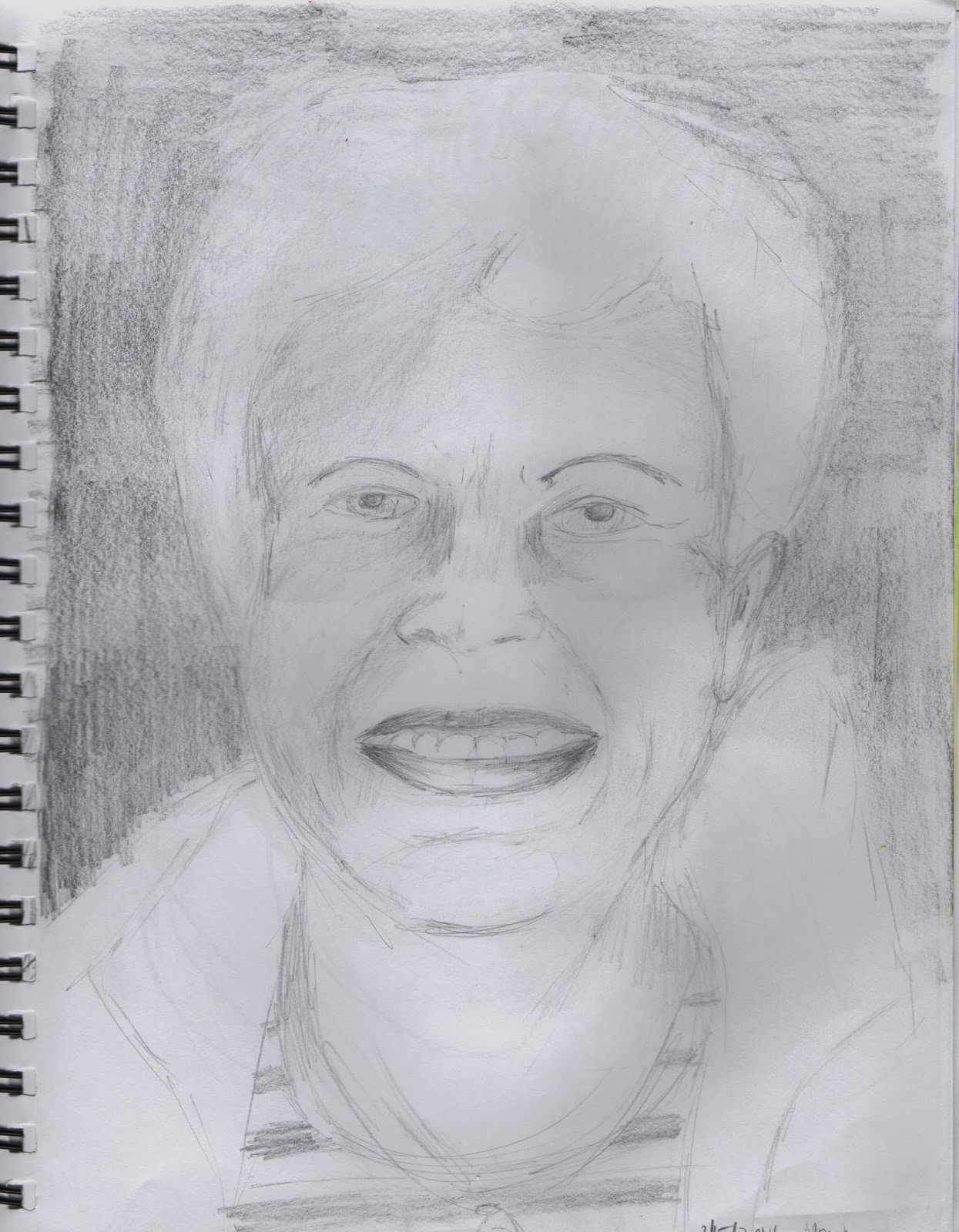 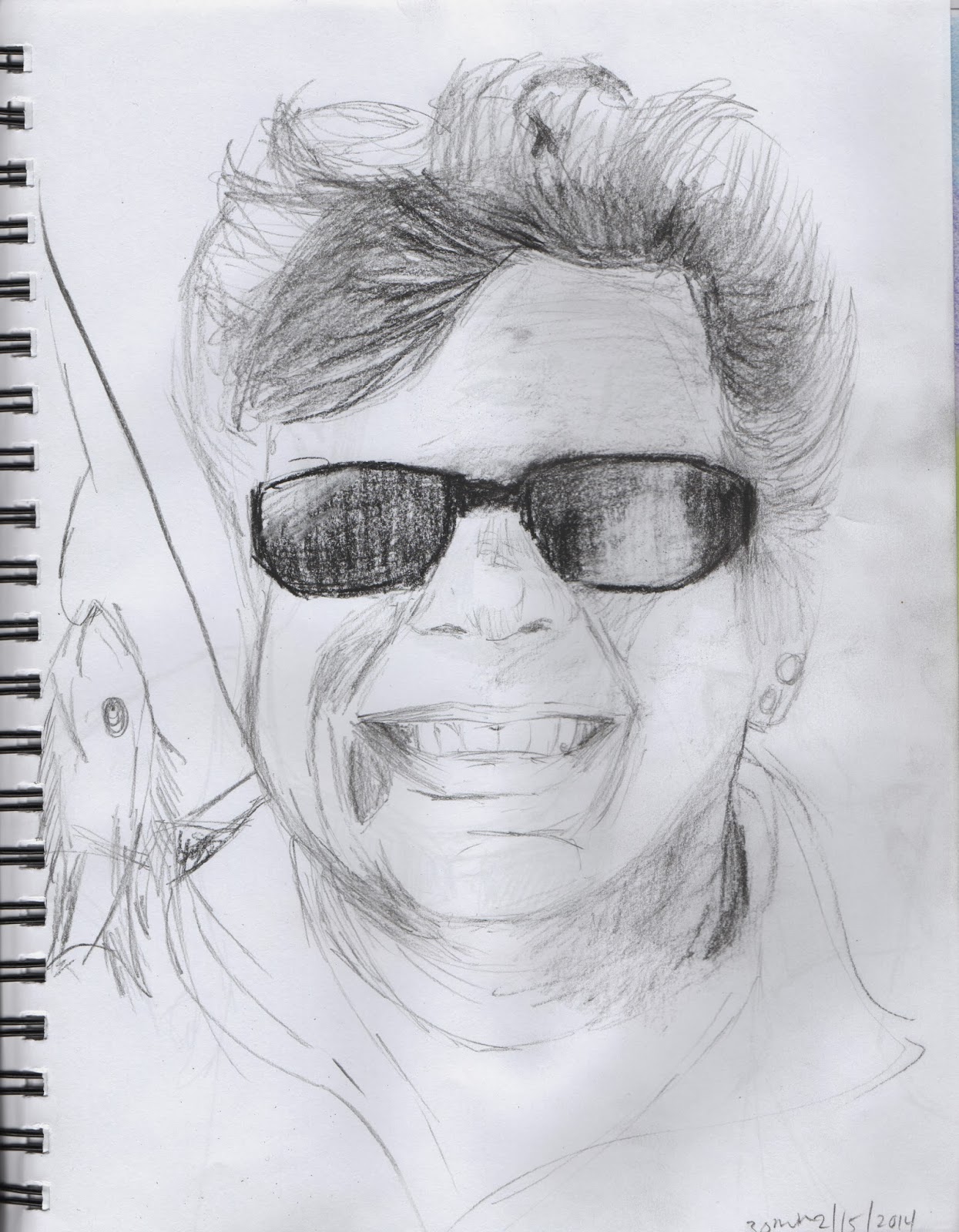 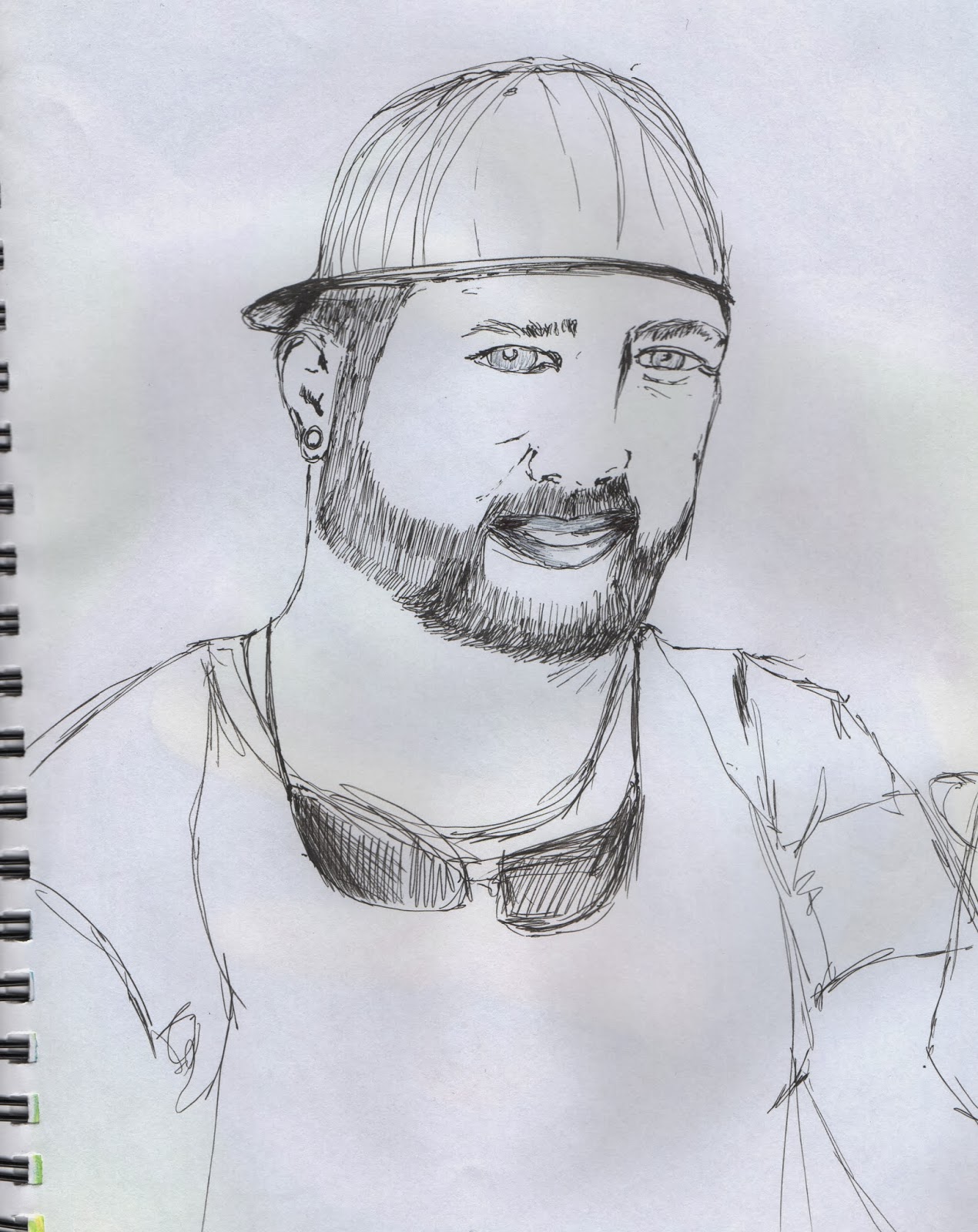 If I learned anything from these portraits, its that we are totally related. I did a quick portrait a couple of months ago... The older I get, the more I see how much my mom and I look alike. 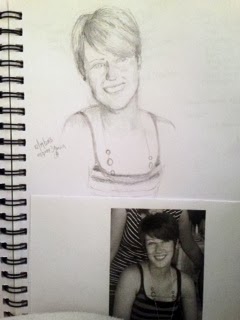 Finally we broke into color. 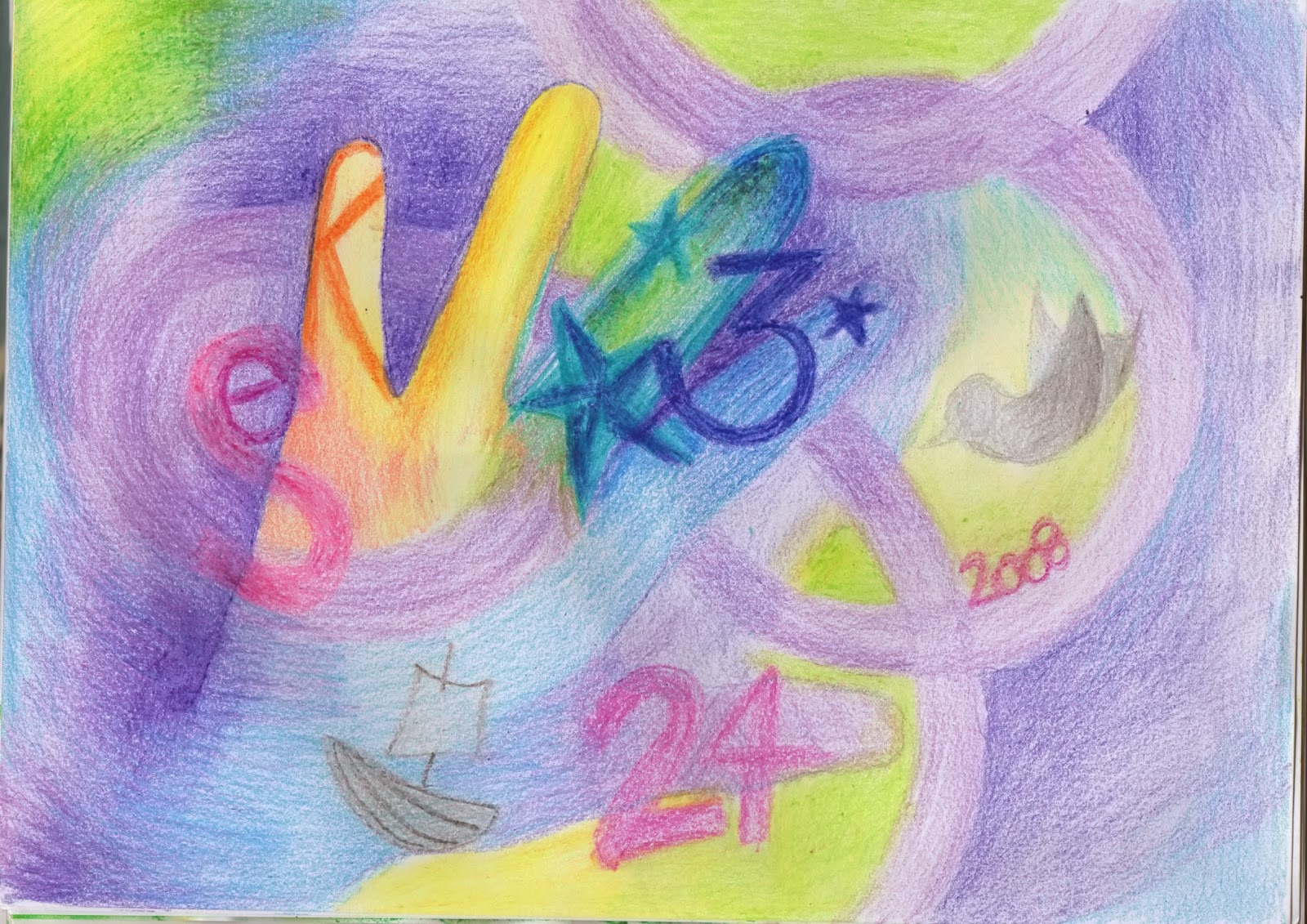 Tracing our hand and adding symbols, letters, numbers, etc that represent the artist. I had fun with the crayons. Normally I don't like using them, but I think they worked well here. 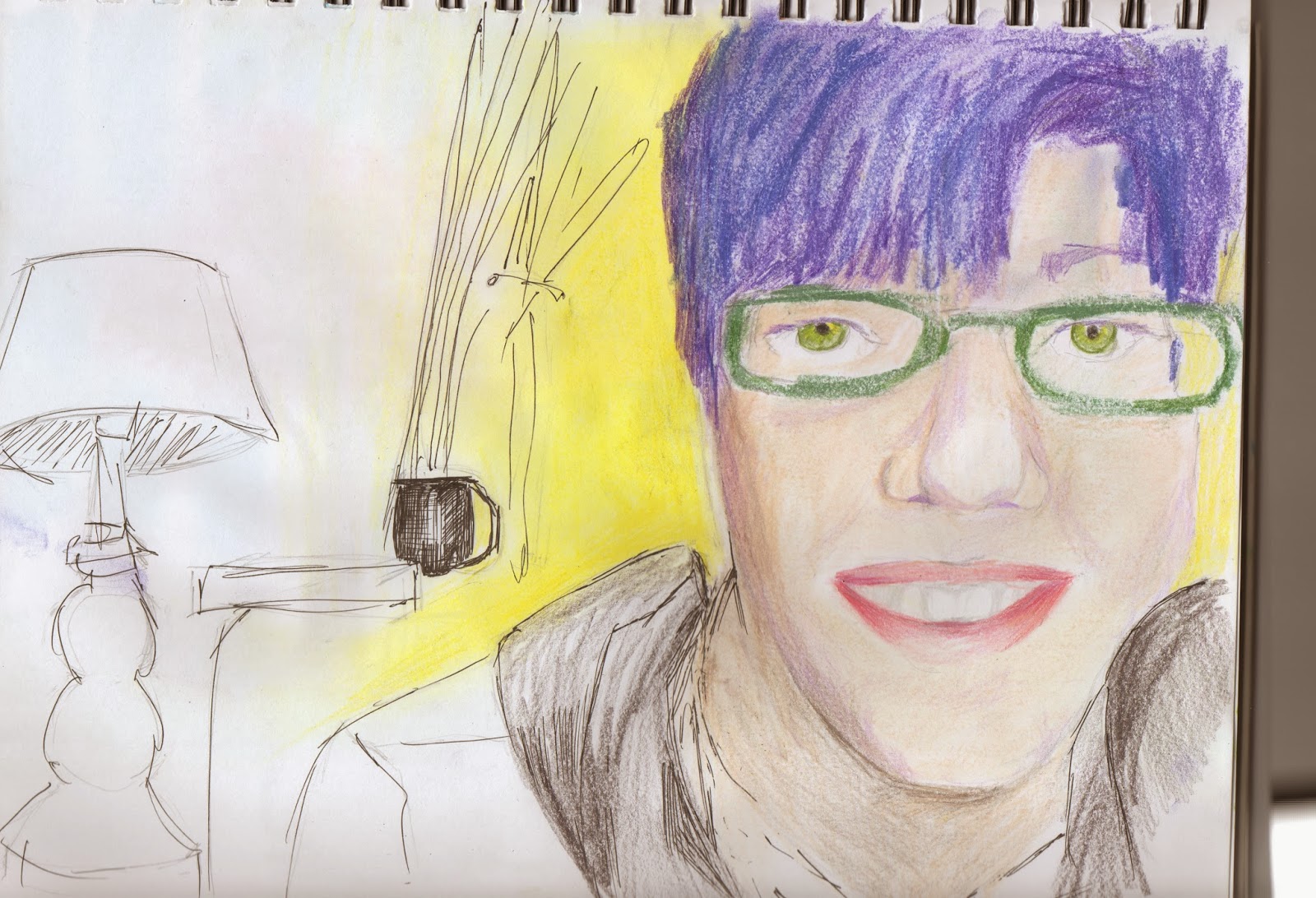 The following day we were to do a portrait inspired by light and color. I totally do not have purple hair.... but how cool would that be? Instead, the bright morning light made think about what my hair could be. I was ready to abandon this drawing a couple of times, but even though its not done, I think it was a fun study in color. Lord knows I haven't opened my box of Prisma color pencils in ages.

Next challenge was an urban scene.
Its cold out.
I picked an internet photo of one of the prominent buildings in my city. Lots changing here with reconstruction, but I think this building will stay. 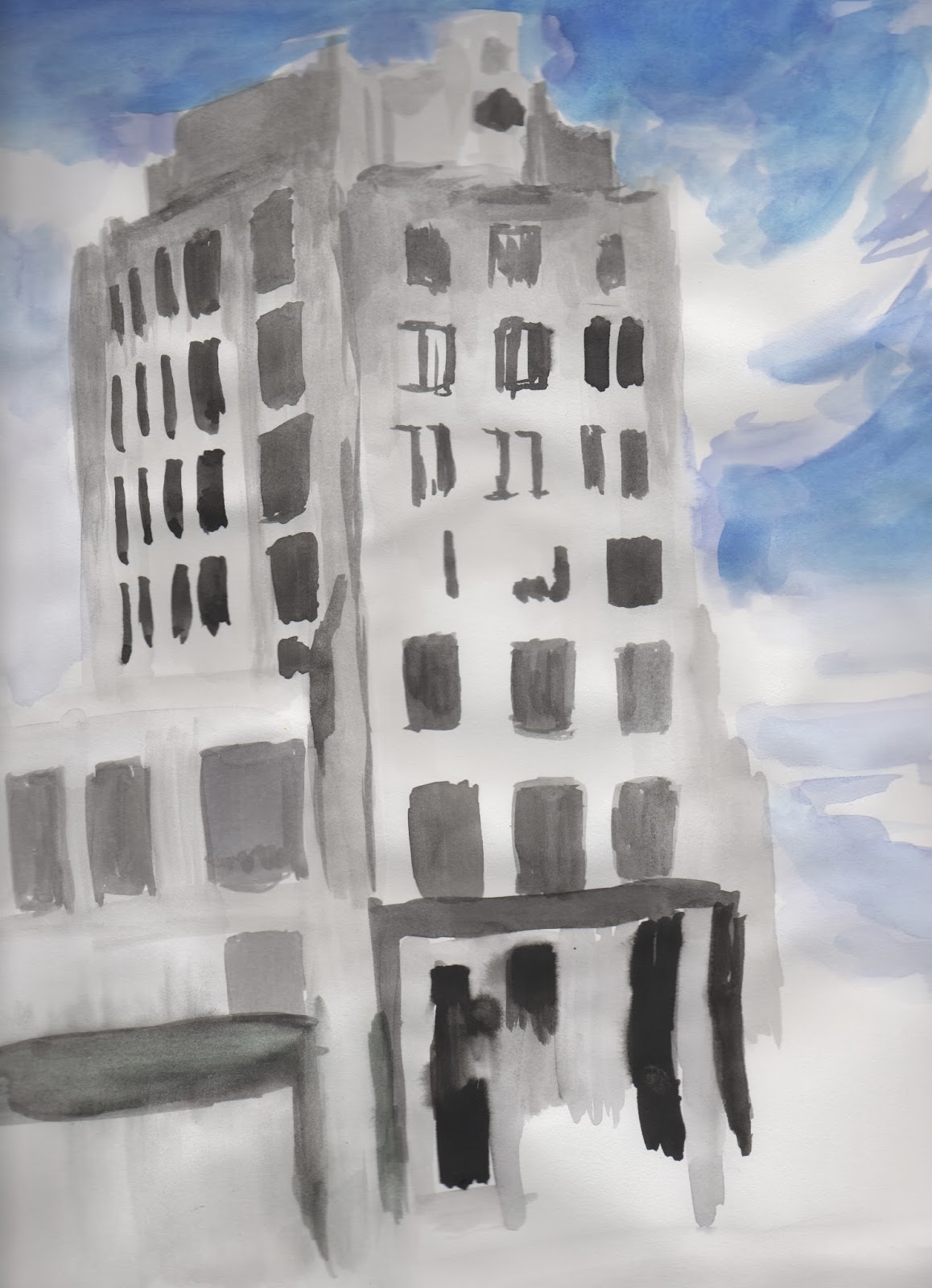 Next was a monument...
We have a granite ball right next to city hall. Its a little weird to me but I really wanted to paint/draw the cherry blossoms that will be here soon enough, while it was snowing outside. The granite sphere was a gift for the city's 300th anniversary. Granite can be found every where around here and the quarries hired many people. The ball actually made it into Ripley's Believe it or Not. Here I used water soluble Portfolio pastels. 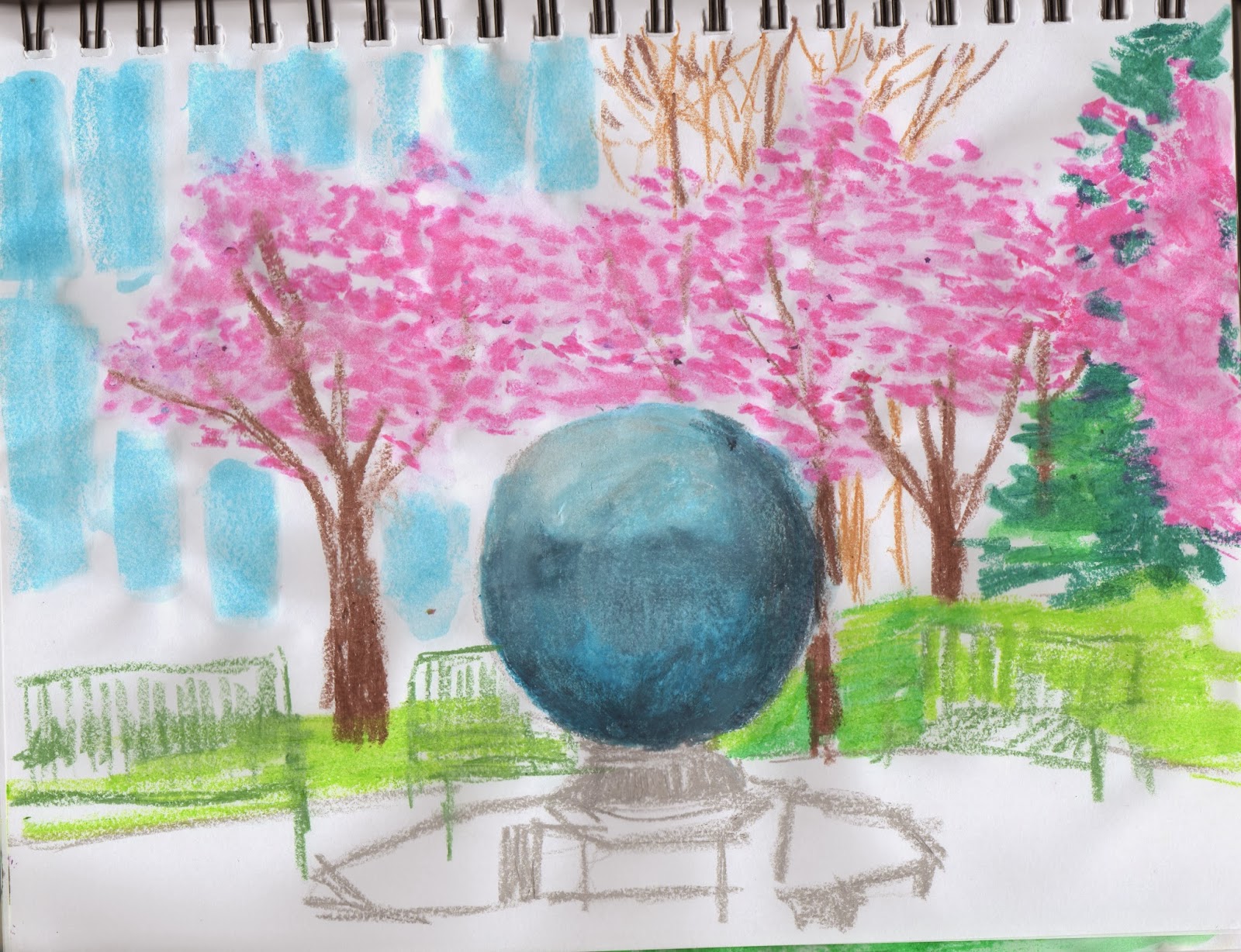 Finally, I worked on a landscape using watercolor crayons. I think this is my favorite of the body of work I pushed out this week. I hope to get back to this beautiful marsh soon. 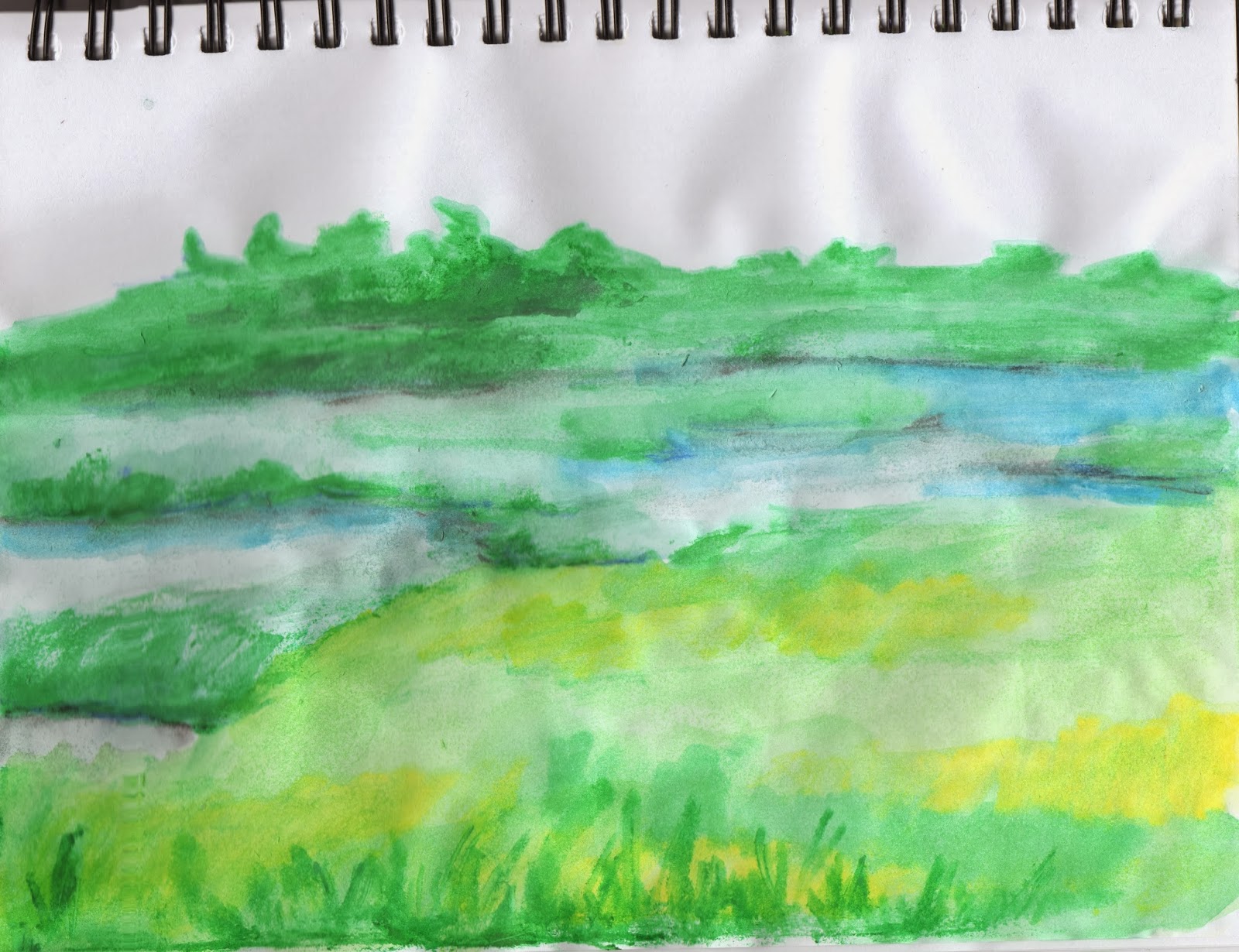 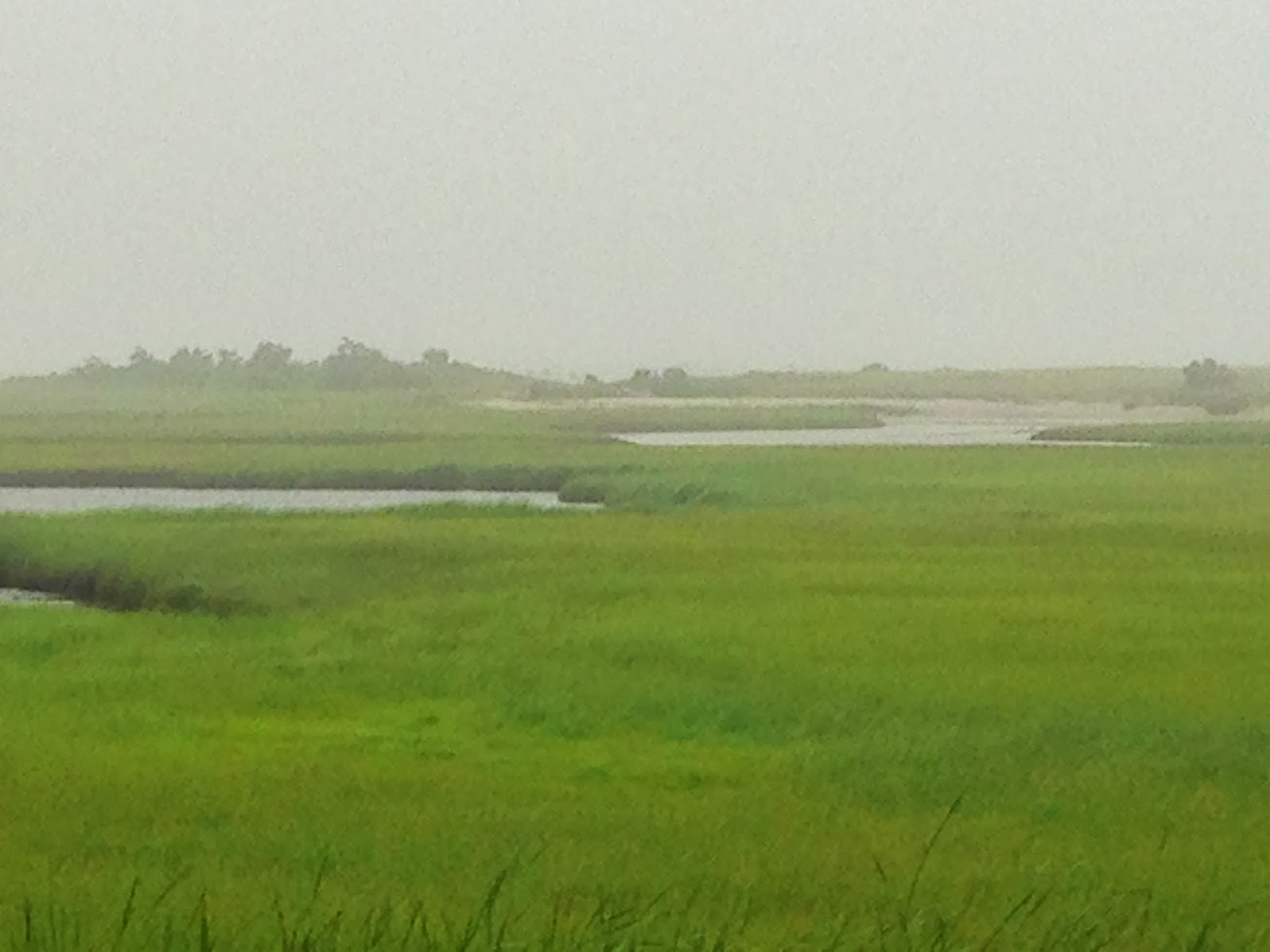 I have found a bunch of these exercises difficult because it is snowy outside. But at the same time, it has been great to get back in the habit of making something. I think it is important to remember that they are exercises and to not spend too much time with each piece.
3 comments:

with Monet.
Again.
I can't stop looking at this painting.
I found myself staring at La Seine at Argenteuil in the "Impressionists on the Water" special exhibit at the Peabody Essex Museum. I don't know how long I was in front of the painting. It wasn't until another patron walked up to my side, that I realized I had been staring (dead center, taking up prime space. terrible gallery etiquette!) I was in a trance, a smile stuck on my face and my heart swelling from the beautiful image before me.

When I was a freshman in high school, I was fortunate enough to see "Monet in the 20th Century" at the Museum of Fine Arts Boston. As a fourteen year old, I didn't realize the significance of the show, (Boston being one of the first American cities to appreciate Monet and continue to do so during his career and after his death) but eventually I regarded the experience as life changing...

Here's the story:
When I started high school, my elective was Band. At that point in my arts "career," I had played piano for a couple of years then took up the flute in fifth grade. By the end of middle school I was playing the equivalent of first chair. I had friends in band and enjoyed the sense of community. The catch was, if you were in concert band, you had to also be in marching band. I spent the summer learning how to march, memorizing the music and the steps I had to take to complete the performance.

Then in October, my Mom and Nana planned to take me into the big city to the Museum of Fine Arts on a Friday night. It would be a girls' night, Nana traveling from Long Island the day before, and we would take the train and everything! But that meant I'd have to miss a football game. And as a marching band student, I'd have to sacrifice an entire letter grade if I missed the performance.


I didn't want to do it. But I did.
Eventually we talked to my guidance counselor. And I switched into Art...

A print of Iris, complete with the date of the show, has hung in every bedroom I've lived in since 1998.

Almost 16 years later, I have again been inspired by Monet. This time as a relatively new painter. I think, no matter how cliche, I've always wanted to paint like an Impressionist. I find myself getting caught up in clean brush strokes and blending though. Perhaps now I will find a way to let it go and get a little more gestural with my painting, more like my drawing. Either way, I now have a beautiful, matted print of La Seine at Argenteuil that I plan to hang next to Iris.

Side note, the Peabody Essex Museum is FREE for teacher's with MTA cards!

After taking a drawing class this past fall and my painting class on Nantucket over the summer, I've been reenergized as far as making my own art. When I read that Cassie Stephens, was starting an Artsy Book Club, I was really excited for the opportunity to continue creating from the comfort of my home and sharing my efforts on the world wide web with fellow Art teachers.

If you haven't read about it so far, theres a bunch of Art teachers reading and drawing along with One Drawing a Day. Below you will find my first... and second attempts of the first three days. 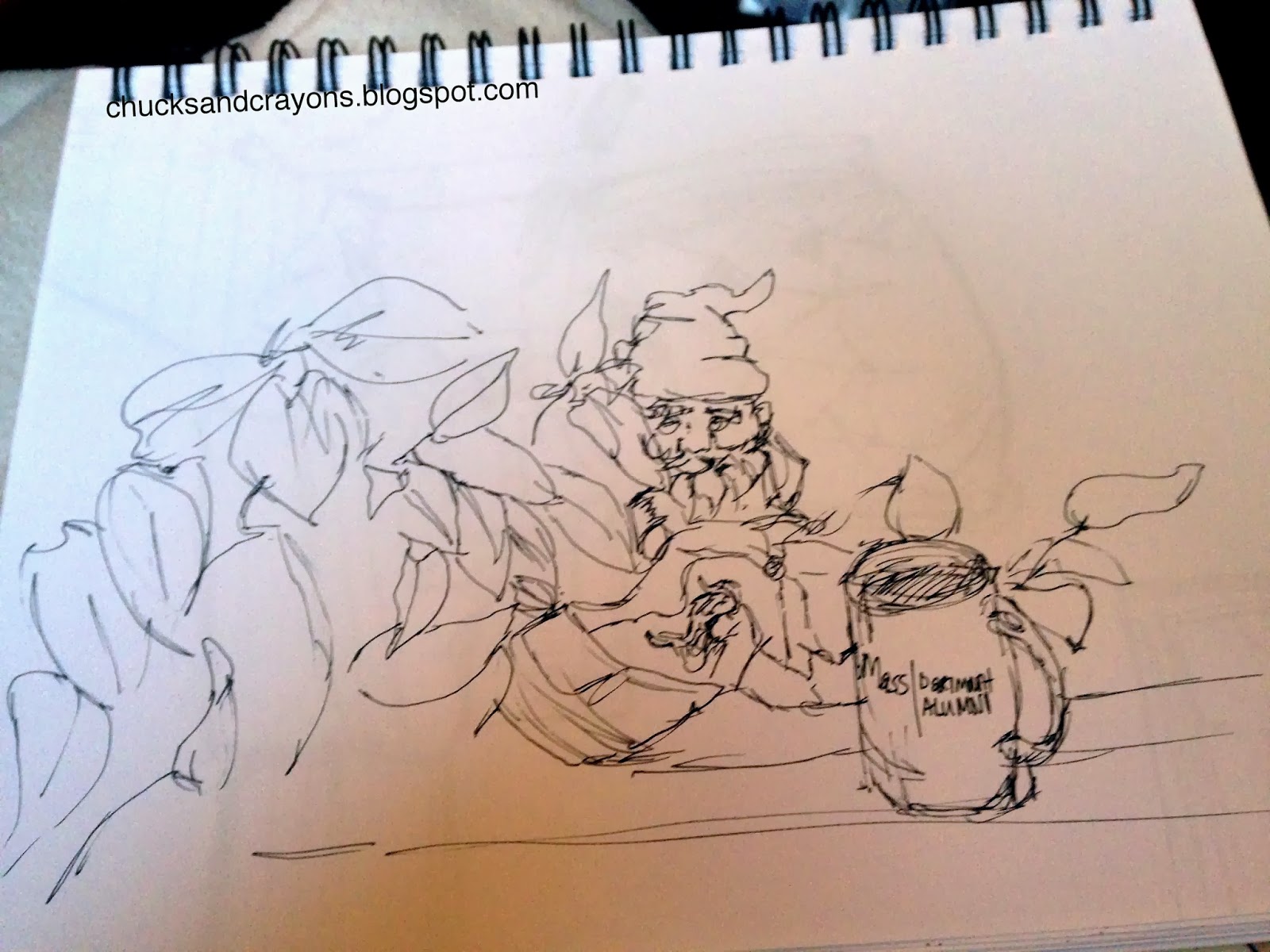 First I set up a still life. eh. I have just started to draw with pen and this was an okay attempt. 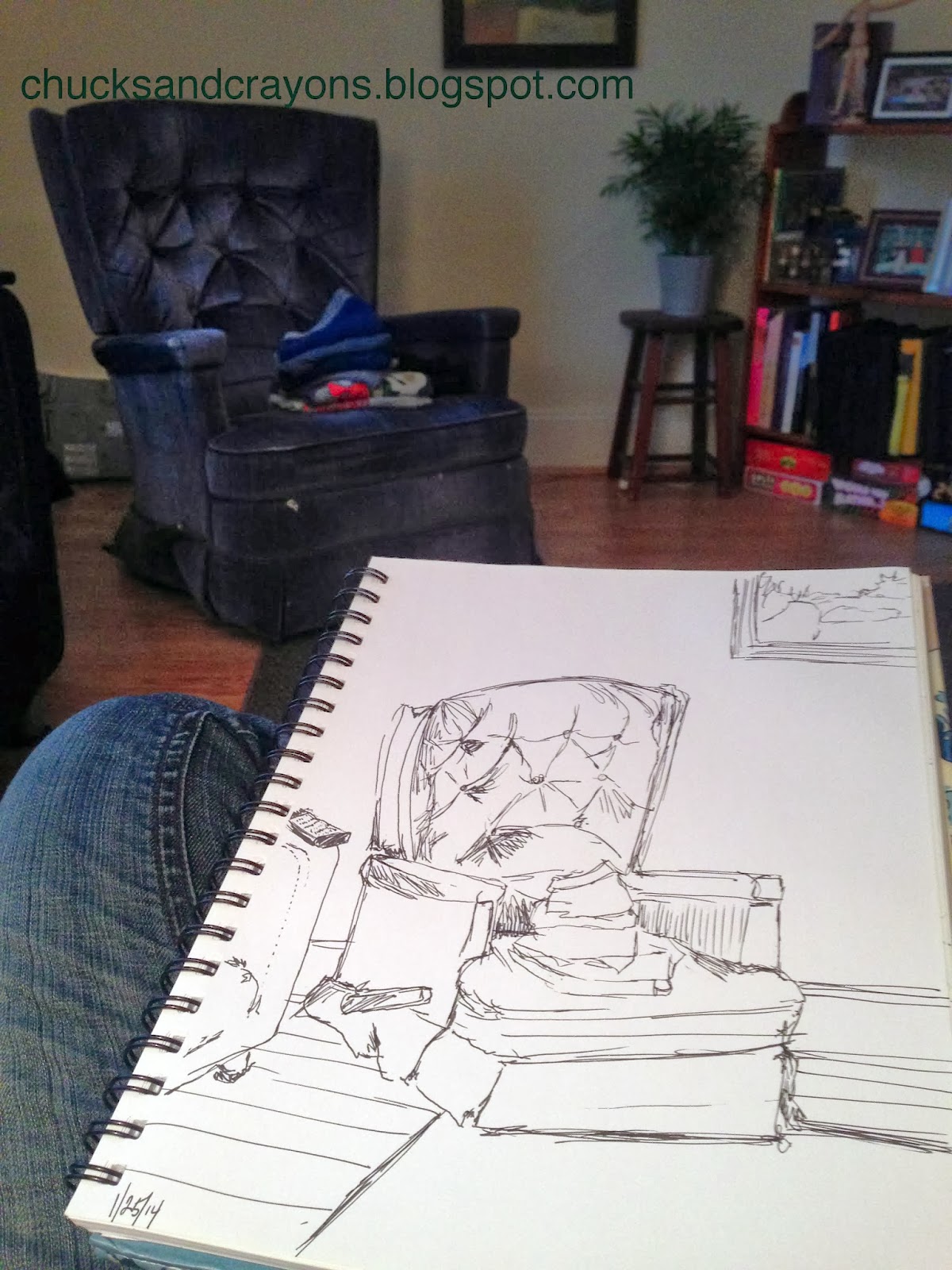 A couple of days later I was inspired to draw our beloved "Blue Chair" to redeem myself. 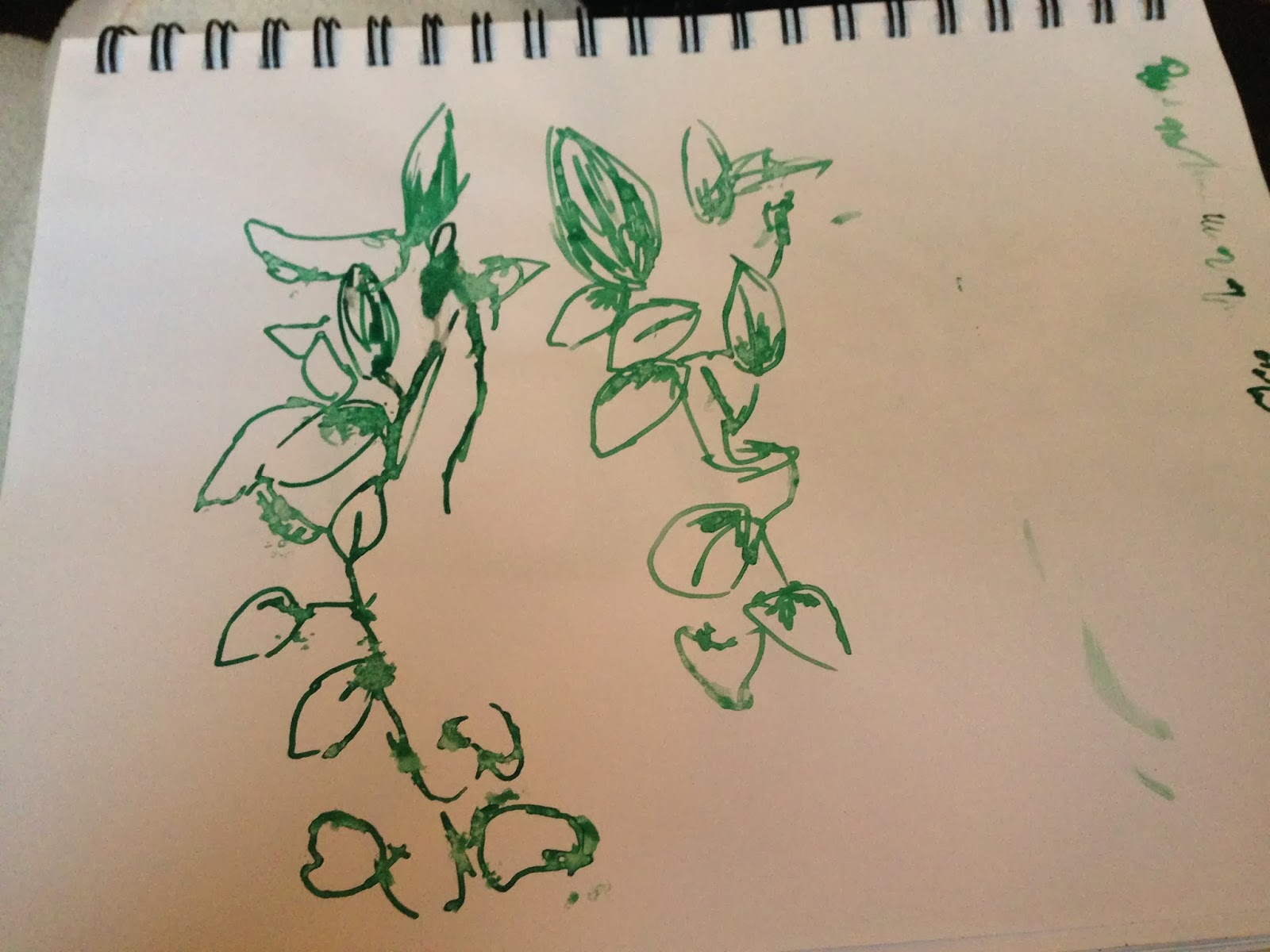 The next day was a challenge with pen and ink. At the time I didn't have one, so I used a pen I had from my textile design days, meant to be used with guache. I loaded it up with slightly watered down green watercolor. 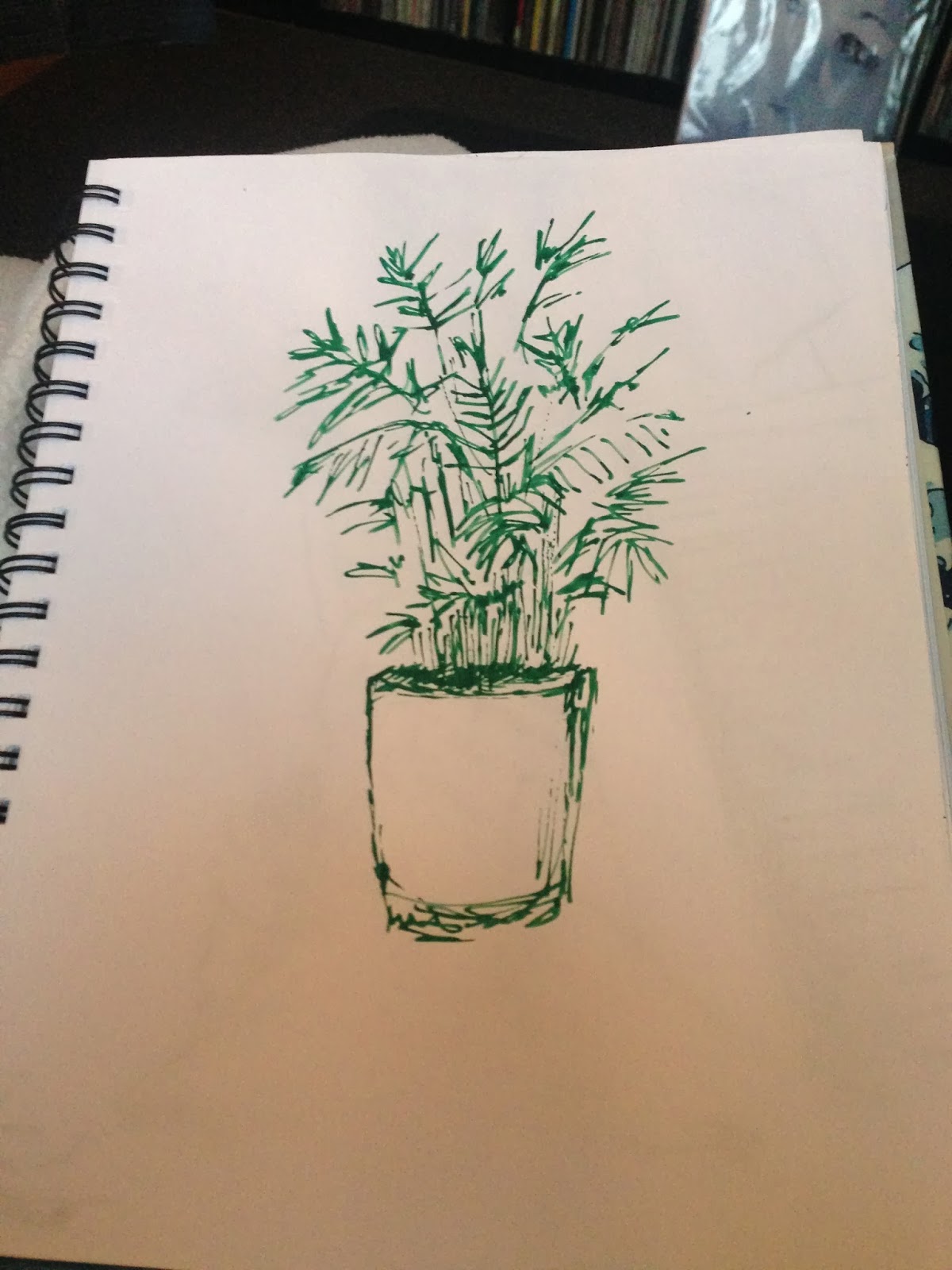 This plant is pictured in the Blue Chair drawing above. 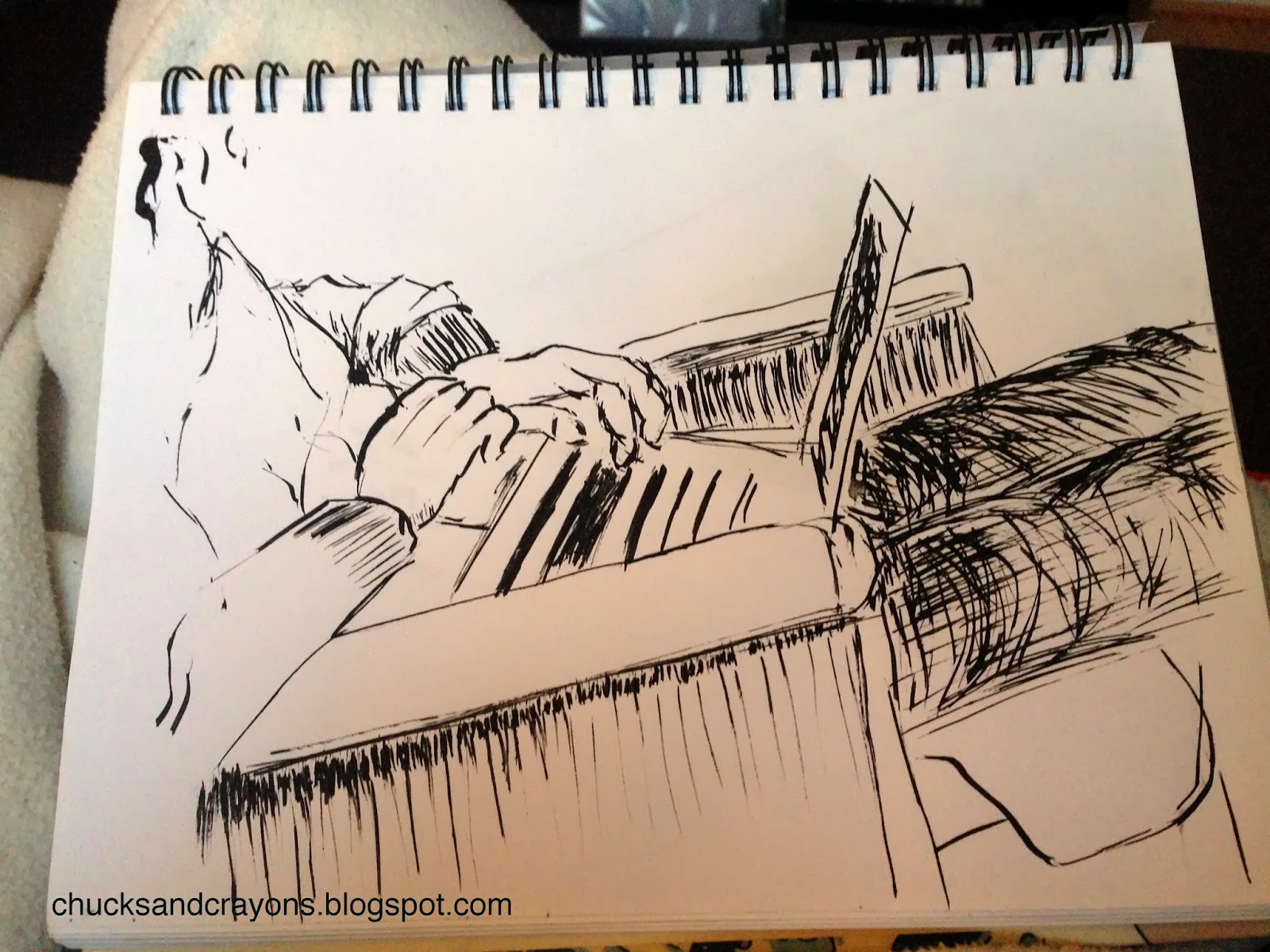 Day Three's challenge was to draw someone in proximity.
I bought pen and ink at this point, but the pen's nib was broken and rather erratic. I managed to get a satisfying drawing of my boyfriend's hands. Then, trying to subdue the pressure, I drew my boyfriend's face while he was watching the end of the most recent Super Man movie. This time I  dipped the end of a shish kabob skewer in ink. I was able to control the ink much more easily. Can you tell he is wearing a hoodie and in the blue chair from Day One? 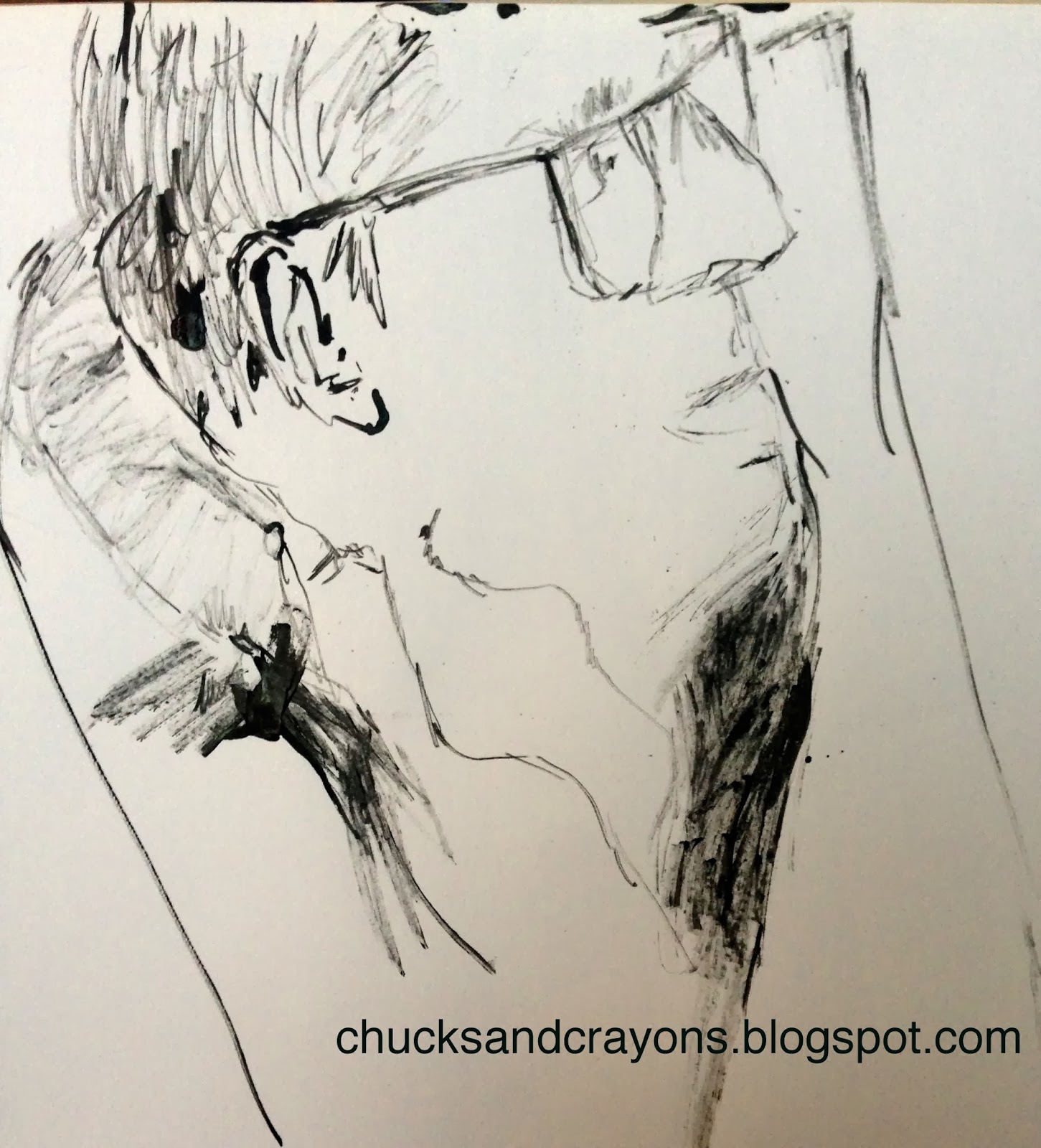 Keep Calm and Paint On

for now at least.

At the end of Term Two I think we were all a little strung out, ready to be done with our awesome Value Drawings.
Since Term Three started last week, we have been talking about color and painting.
Its been like night and day in my classroom. Painting appears to have this awesome calming effect on my high school students.

Yes, this is something that I hope my high school students already know, but some don't.
Currently in my city, elementary school students have Art every other week for about 45 minutes. This amounts to about 15 hours of Art a year. Middle school students have Art about once a week. At least one of those schools does not have a sink... so some students NEVER paint until high school.
I know painting has nothing to do with color and color mixing, but I do feel that it is one of the best mediums for explaining the concept.

After completing the "practice" color wheel, students have been asked to "reinvent" the wheel, using the primary, secondary and intermediate colors. The catch is to also show the relationship between the three main complementary color pairs.
So far I've seen many designs that use triangles and circles, but other that have incorporated monsters, aliens and skulls. Pictures soon I hope!

In addition, students will need to design a related painting that uses, tints, tones, shades and neutralized color of one, two or three hues.
These exercises are in preparation of a longer term acrylic painting on canvas board (or possibly oil pastel design) using a color scheme of choice.

I am pretty excited and hope the calming effect and novelty of painting don't wear off any time soon!
No comments: