I can not believe that we are already two weeks into our second term. I've really been neglecting my blog!

I have to say, I feel like this has been my best school year yet. Seven years in and I finally feel like I know what I am doing! But, I didn't start the school year feeling so great. Most summers I have time to at least outline our pacing from September to December. This year, between buying the house and family time/ gatherings, I hardly looked at the curriculum. Amazingly, I eased back into it, like riding a bike. 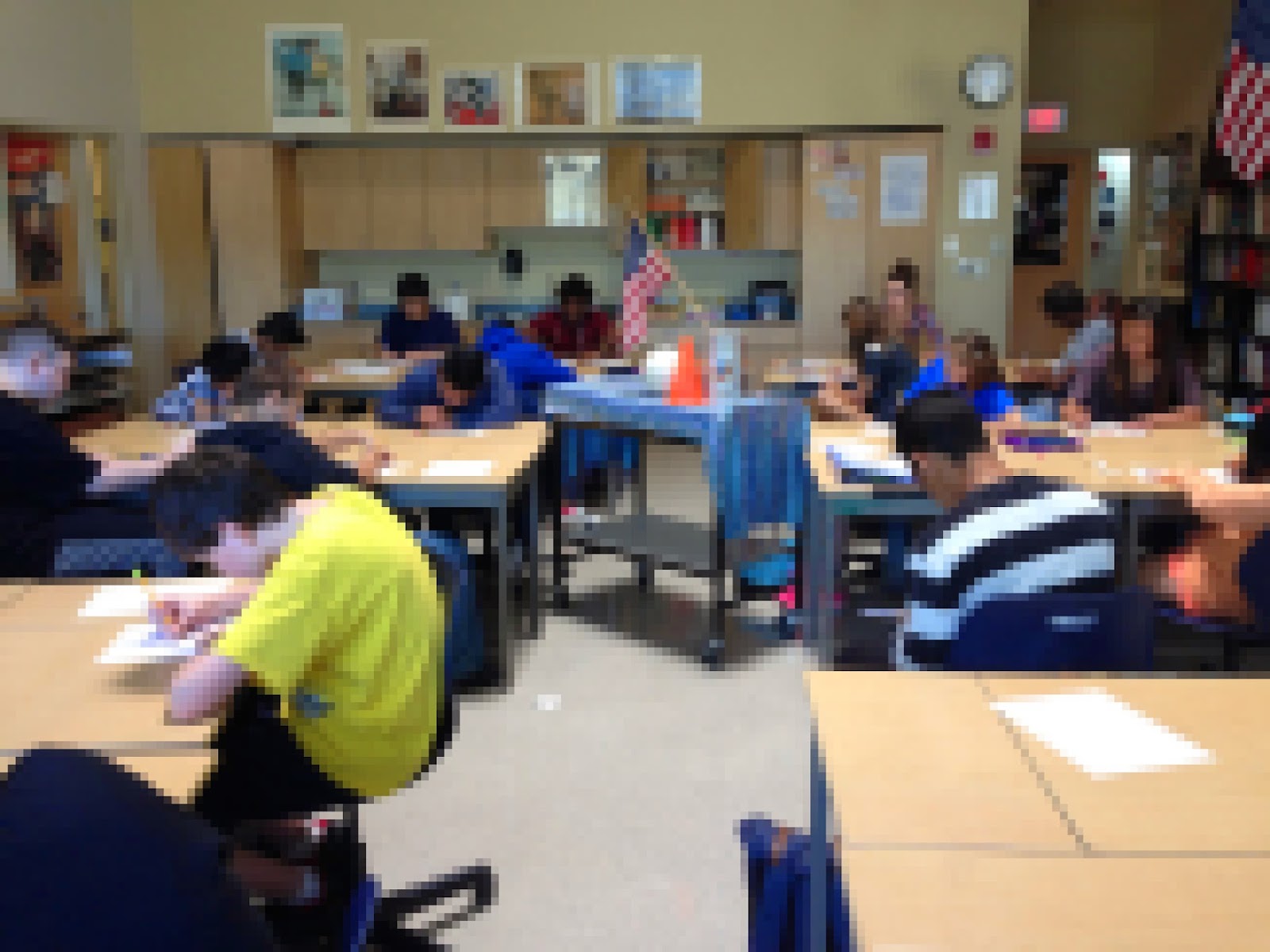 Here is a blurry version of my class working on a still life drawing after attempting the same still life from a verbal description, as a part of a series of pre-instruction drawings. The series concluded with our District Determined Measure drawing. The DDM "test" will be administered again in late January and I hope that there will be some measurable growth.

First term we focused on contour line drawing, engaging the right brain, measuring and sighting techniques. We concluded the term with Calder inspired wire drawings to reinforce line as a descriptive element. Now into term two, we are working with value to describe form and eventually space. Check back for future posts! (hopefully)

Things are been pretty busy this school year: 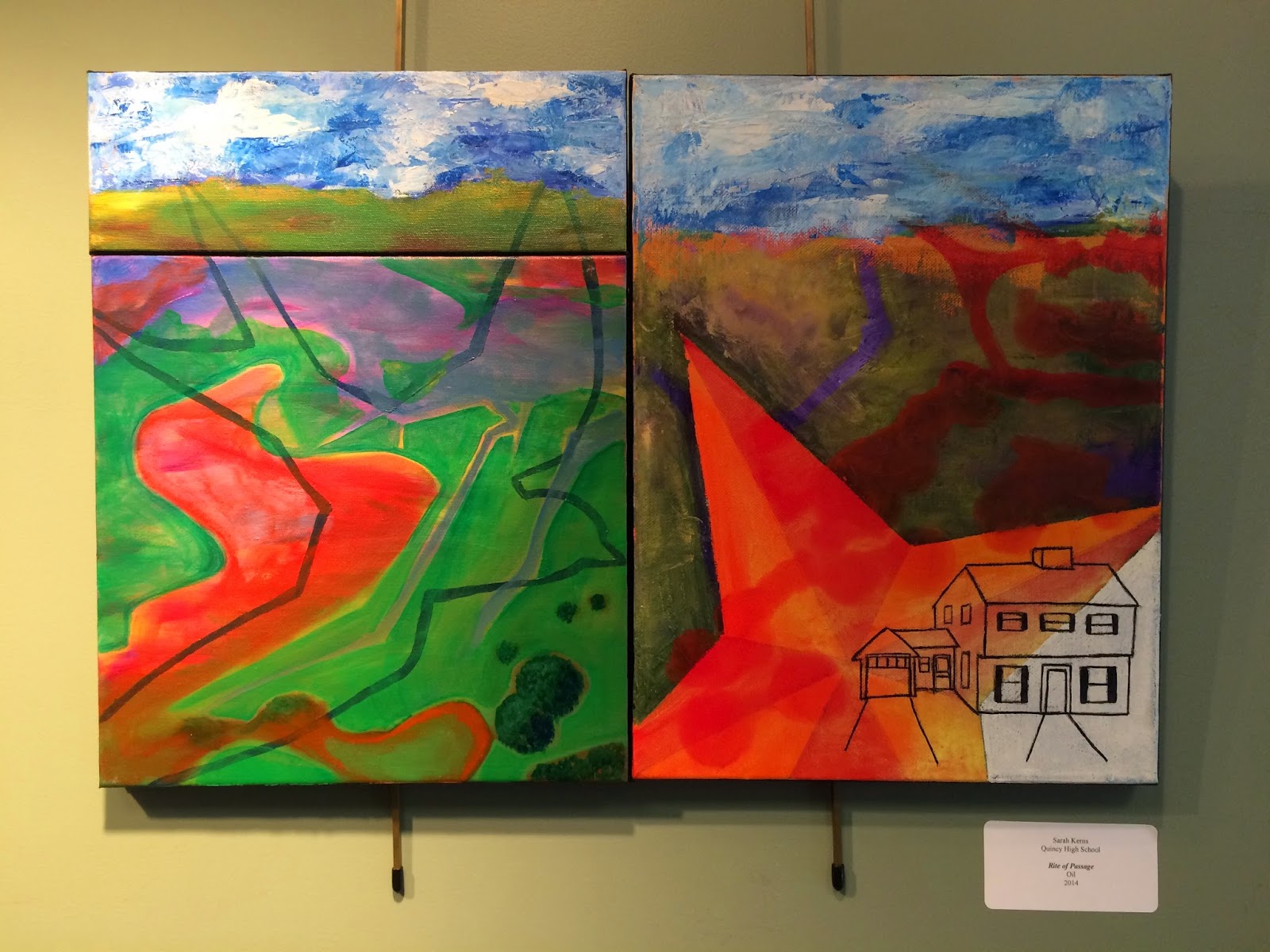 From the end of September through the beginning of November, I had my triptych exhibited in a show called Beyond the Classroom. All the work displayed was from local, south shore art educators. I also reached a career goal, attaining Professional Status! Basically it is the same idea of tenure. I have worked for three years and one day in the same school system! 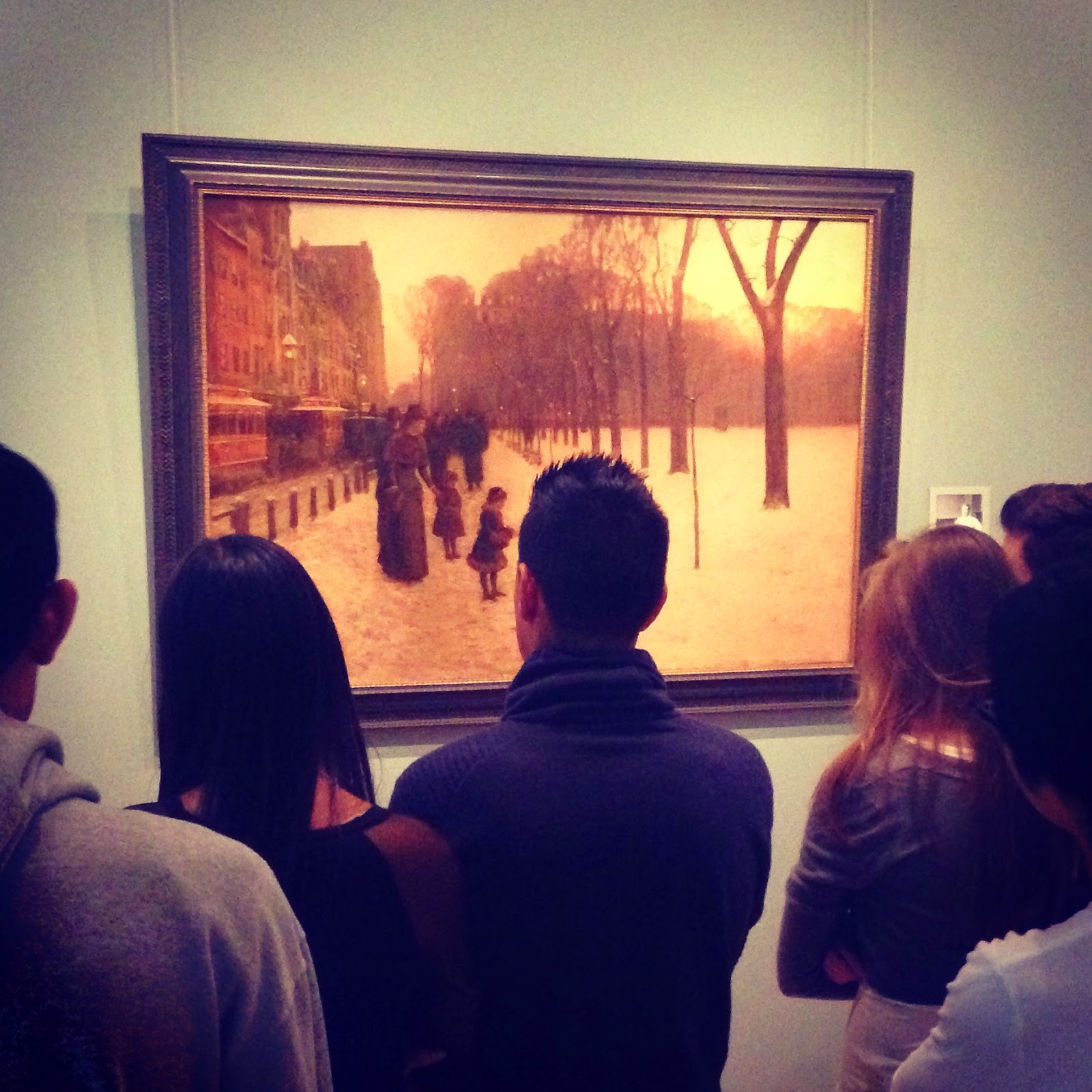 I was asked last minute to chaperone a field trip to the Museum of Fine Arts with a couple of English Language Learning history classes. It was very rewarding. A few of the students I had had the year before and it was really gratifying to listen to them converse in English about some of the pieces. Above is one of my favorites from the American wing. 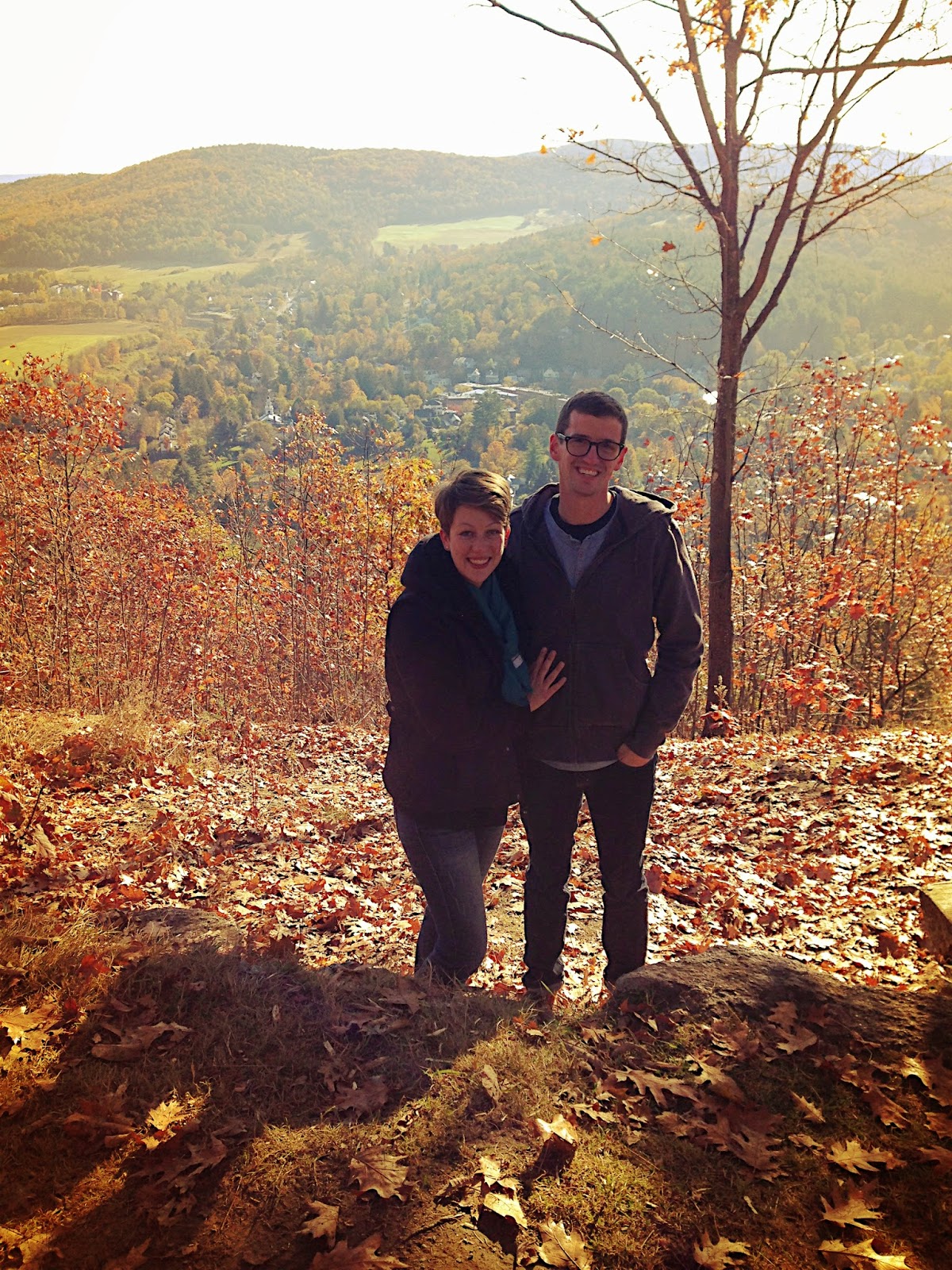 The following weekend was Columbus Day weekend, so we took advantage of the extra day and headed up north for some rest and relaxation. We did get some exercise hiking up to the top of Mount Tom. I was pleasantly surprised when we reached the top and my boyfriend got down on one knee and proposed! There was not a sole around the hour hike up, but moments after the proposal, someone had spied us, asking if we had just gotten engaged (had we? did I even say yes?) and offered to take our picture. It was a gorgeous and memorable morning for sure!

While still on cloud nine, we started our first house project the next weekend, stripping wallpaper. Needless to say, we are still working and hope to finish painting over the Thanksgiving break.

Never a dull moment!
Winter is shaping up to be pretty busy.