adventures in positive and negative space

teaching Thursday was amazing.
Tuesdays and Thursdays are middle school days and I typically do not look forward to them. I love teaching, but I do not enjoy the noise and "badititudes" (as a veteran co-worker puts it) the sixth and eighth grades bring to my room.

I do try to squash it. In fact with one sixth grade class we follow the "7 Minute Rule." I have a timer, and for seven minutes there is no talking. If you raise your hand to ask a question, I will answer, but its seven, solid minutes of getting work done. Then, there are three minutes to quietly talk, at your table, while working. This continues until clean up... so far its worked and even been requested to follow in the fourth and second grades!

back on track: I especially do not look forward to Thursdays, as I end my day at the after school program, making my day span from 6:30am to 6:30pm. ew.

every, single class I had Thursday was enveloped in their work. its Saturday and I am still in awe that this happened! I know there were a few tests being taken that day, so some kids were nervous and quiet. And I'm sure the cold weather makes a preteen want to sleep forever, but even the chatty kids were at acceptable volumes and work was being done. AND, I even had great conversations about their works.... from compositions, to color selections, to brushstrokes. amazing. 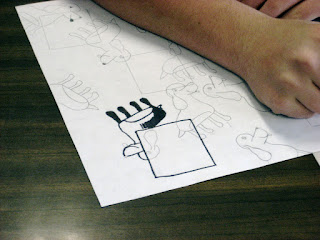 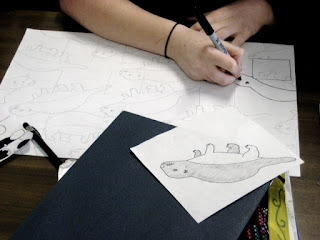 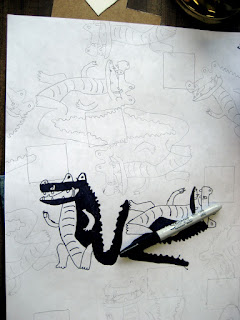 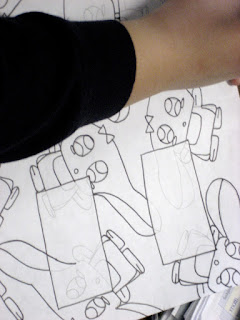 I am super proud of the eagle design. Its pretty simplified for an 8th grader, but for this particular student, to have a neat, clean and complete work of art, that took time, effort and pride, is huge. Huge victory.