Proud to Be UMD 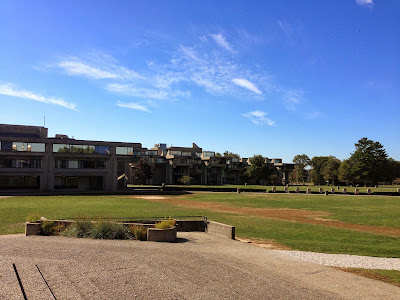 I woke up this morning feeling like yesterday was a bizarre but lovely dream.

My university's homecoming events were announced over a month or so ago and I decided that for the first time ever, I would attend. I was enticed by the promise of a Resident Assistant Reunion AND Orientation Leader Reunion.
I know, I am a huge dork.
But it was because of my experiences with these two programs that I am the person that I am today. 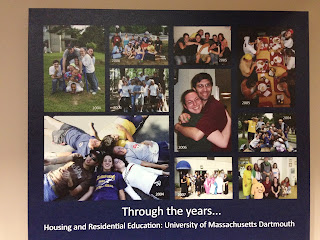 At the Resident Assistant Reunion there were groups of these canvas prints with photos of RAs throughout the years. The one above has a bunch of folks I was on staff with. (Thankfully?) I am not in any of these photos. I spent two years as an RA and it was probably the hardest I have ever worked in my life. I am so thankful that senior year I was able to live in the brand new apartments and focus on my studies, particularly student teaching. I lived with three other women who were "retired" RAs and I have to say, we had a blast, amongst the trials and tribulations of college life. 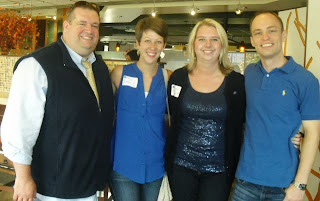 My junior year of college I was an Orientation Coordinator for Family Orientation. The other OCs and I called ourselves the "Party of Six" that year. Above is the party of four who could represent. The other two are working in upstate New York and could not join us for the weekend. 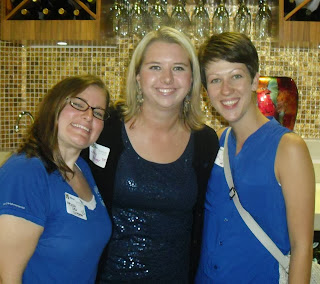 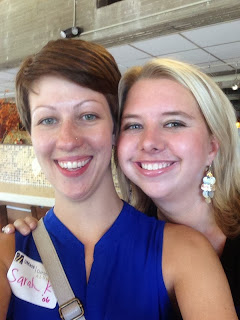 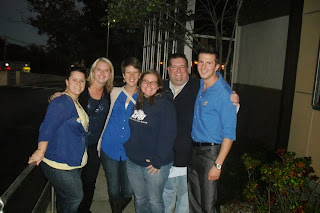 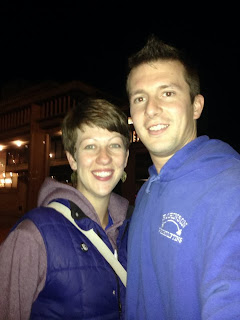 I had a fantastic day between the reunions, the beer tent with a bunch of (650!) alum, dinner with friends and an evening, self guided tour of campus.
I look back and realize how much I really did grow up in four years. Others may argue that high school was the best four years of their lives, but for me, college was it. The people I can call my friends know just how shy I was as an eighteen year old AND  how by twenty one, I could confidently address a group of parents or a class of high school students. 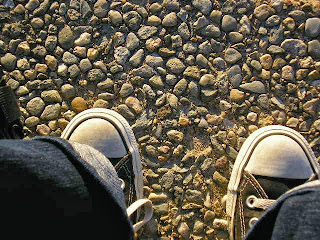 I may have never, ever wanted to go to UMD with its ugly buildings and not quite far enough away location, but it was the best decision of my life.
Rolling Stones and newspapers across the country may have dragged UMD's name through the mud in recent months, but I could not be more proud of from where I have come.

Maybe one day I will be so lucky to return as a Professor of Art Education.