We are FINALLY starting to get some art work done in my classes!

We are finishing up our first full week of school and after today, I will have met all of my 300 students at least once. (I previously quoted that I had about 600 students. thankfully that was wrong, but it would have been nice to know before beginning school.) I am starting to get into the swing of things, but the first few days were nerve racking.

The last three periods of the day are designated to "specials." Each period a different grade goes to their "special" for that day. One day they may have health, the next PE, the next art, the following music, and for our sixth graders, "student support" (a class lead by the guidance counselor, focusing on current issues (i.e. bullying) or study skills and organization).

Students have a choice when they go to music class. They can focus on general music or chorus. This is pretty great because the other option would be to have chorus after school. This set up provides an opportunity for more participants. However, our first two days of "specials" were spent in the auditorium asking students what he or she would like to do and then placing the students in different sections from there. This process required me to speak to an auditorium full of kids I had never met before, introducing myself (the 3rd art teacher in 3 years!) and what (which I still don't really know) I will be teaching this year. Then, after the kids said ya or nah, it was a free period. Can you imagine the volume of 115 sixth graders in one room? Granted they were sitting every other seat, but here I was, not knowing a soul, trying to make a good first impression and having no clue what to do with myself.

It all worked out though. And between the confusion (for me at least) the first few days, and the assistant principal giving me a pep talk in the sense, to make sure I don't give the kids an inch in the beginning, I was already going into survival mode.
But I have been pleasantly surprised.

Hopefully I am not jinxing this as I type, but the sixth grade, when not in one room together, has been well mannered, has kept at a nice volume (even while passing in the hall!), are creative, and each adds to the class dynamic. One of my eighth grade classes was rather loud when we finally starting creating, but the more I looked around and listened... it was about what they were doing. The students were really excited to be in class!

I am super excited to see what everyone comes up with for their first assignment. I have many new names to learn, and only seeing them once a week will be difficult. So, all of my first lessons are centered around IDENTITY. Grade 8 is working on Kaleidoscope Name designs, found in Arts & Activities. Grade 7 is working on Identity Mandalas (focusing on creating visual symbols) and Grade 6, starting next week, will begin an Identity Grid, as seen on We Heart Art.

On a related, yet side note, my new school gets funding for after school clubs. This is one of the things that makes the school community and starting from the interview, I expressed an interest in having an Art Club. Between then and now I had this grandeous idea to have a "Sketchbook Project 2012" Club. --- I participated last year, and yes, the only people who looked at my book were people I knew, but for a middle school kid, how AWESOME would it be to say you participated, and even put it on an application for college?--- The idea would be super expensive, even with a group discount, so I put the idea aside.
I heard yesterday that some important people liked my idea (especially since the project goes on "tour") and they are willing to help find the funds to make it happen. I am super, duper excited for this endeavor and will be working on a flashy flier over the weekend, for sure!
2 comments:

Another reason why I feel like I am in an alternate universe (see previous post)
The recycling center I have been going to every couple of months for supplies for my classroom HAS TO CLOSE!!!
Extras for Creative Learning has been amazing over the last few years, especially as an art teacher without a known budget. I have picked up everything from furniture to paper and pencils. And now, very suddenly, the city of Boston has shut it down!

Not only is this center a great resource for teachers and artists, but it is awesome for the environment. Much of the supplies donated to the center would otherwise occupy a landfill. Instead, it is there for us creative folk to think of another purposes for it.

Please, check out the website, and if you are as upset by this as I am, please feel free to write Mayor Menino. I did! I don't live in Boston, but this has been such an incredible resource for myself, as well as other art teachers, teachers, and artists in my area. In fact, just today, at the center, I met a puppeteer who was looking for supplies before her beloved recycling center closed too...

I know for now that supplies will be stored somewhere, but I hope that in the very near future that ExCL finds a new home.

Lately I feel as though I am in this alternate universe. 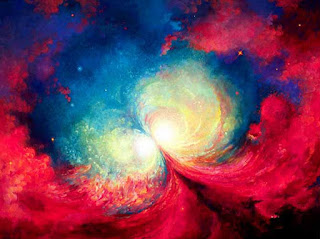 At home, I have two new sets of neighbors across the street, one next door and one downstairs. (I live close to the city, one with many, many, colleges) At work, I have moved from private to public school... I have moved classrooms, I have said goodbye, I have gone to orientation, I have meet new people in my building... I am going back to college. I am gearing up for classes and am hopeful for a new routine.

A part of me wishes I was gearing up for senior year of college again. I know, I did my student teaching spring semester, but sometimes, I wish I could do it again. Enjoy all the little moments. All the parties and events. All the school activities, the senior art show, my own show, the kids' art show...

Now, I am thinking about the spring art fundraiser, that I will be in charge of for the first time. I am thinking about making the best, first impression on these middle school kids....
To be completely honest, I pretty much hated middle school. I suppose I enjoyed it more than the beginning of high school, but middle school held some of the more difficult years of my life. All the more reason why I put pressure on myself to be the best I can be for these kids.
Whether Mr. Paul, in middle school, or Mr. MacPhee and Ms. Bell, in high school, realize it, art class was a time for me to be myself. I could relax. I could ask questions without being in fear of being ridiculed. I could make things I felt proud of...

And maybe, just maybe, thats why I have become a middle school teacher. I always wanted to be. I always, even in college, knew I would be in secondary edu.(at time higher edu) in some capacity.
And now, after the pressure of "new professional" orientation has passed, and having asked a few questions of my very down to earth, approachable principal, I am confident. I have so much freedom in the material that I present, as long as it meets the frameworks, I know I can do this... So many people say that your first year is survival mode. Its not until your third year do you really get idea of what you are doing... So where does that leave me?
In this alternate universe, knowing what I want to bring, knowing a few things about the material I want to present, and learning the rest along the way.
Really, what better place is there?
No comments: