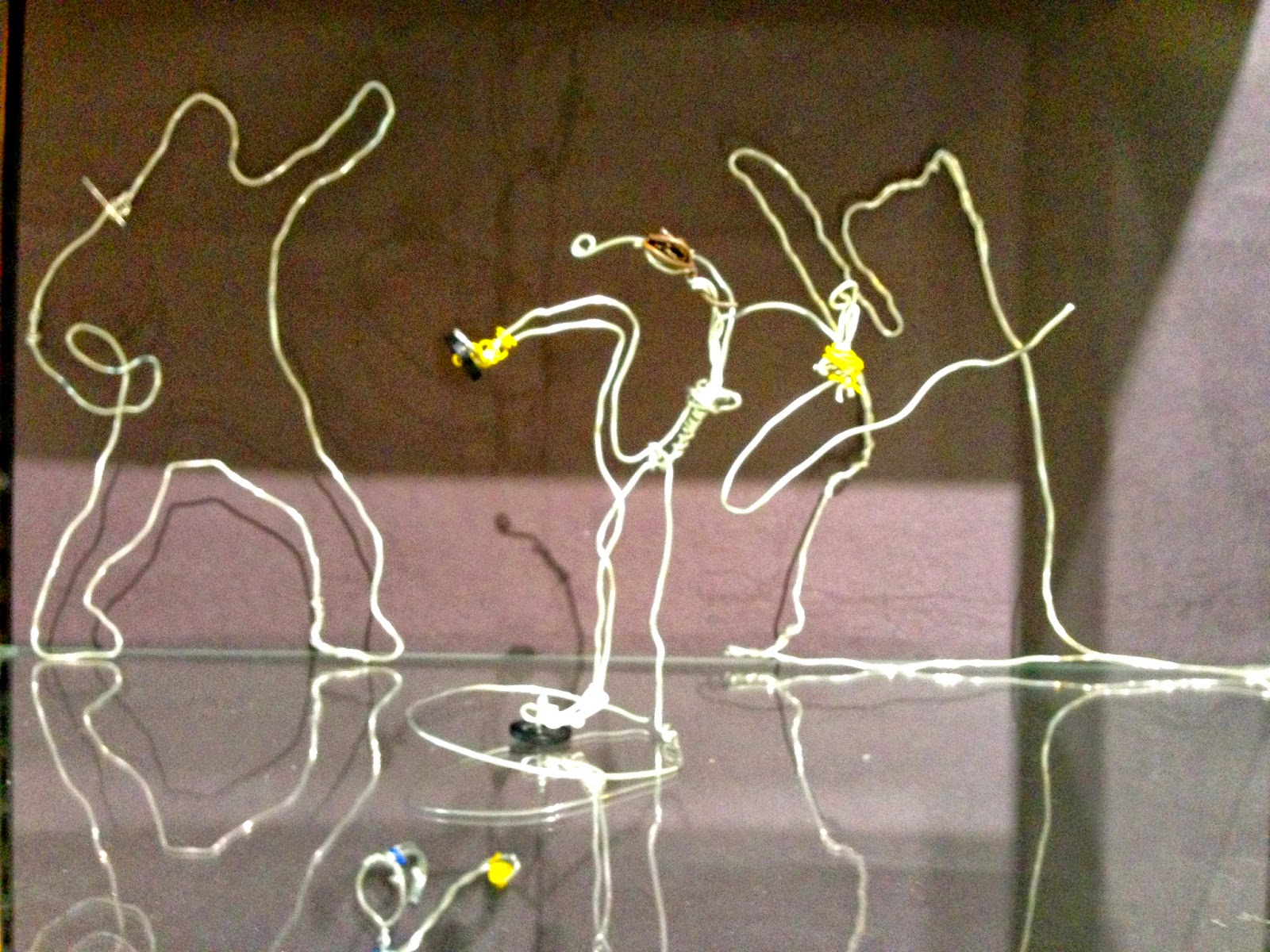 I have wanted to do this lesson for a long time! After weeks of drawing exercises using sighting, guidelines and crosshairs, I wanted to provide my Art One students with an opportunity to use line in a whimsical, playful way.

I pulled together some online resources, including a slideshow from the Whitney Museum and a youtube video of Calder performing his circus, as an introduction. Next, I had students brainstorm a list of people or animals in motion. Then, I introduced and demonstrated gesture drawing. We grabbed some drawing boards, conte crayon and manila paper and headed to the hallway so we could spread out.

In groups of four, students took turns modeling some of the actions they brainstormed earlier in class. I encouraged students to think of lines beyond stick figures. After the first drawing, I gave them advice to look at how the model's shoulders were in relationship to the hips and to take note of the direction of feet. 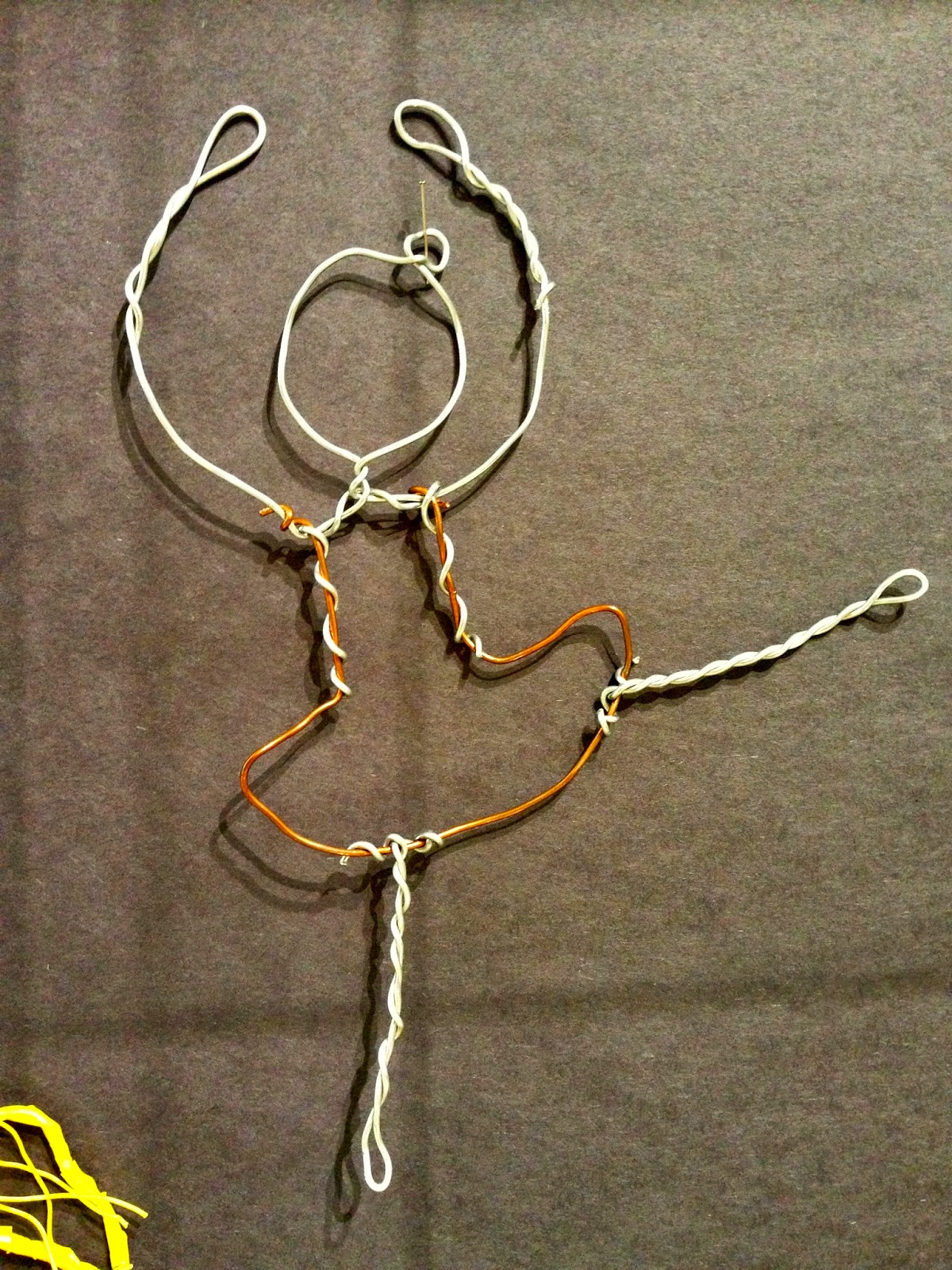 We had just enough time left in class (a double, 88 minute period) to return to the room and debrief. I asked how gesture drawing could apply to developing their sculpture. Many saw the connection and had a great starting point the next class when they began to flesh out and develop their own ideas. 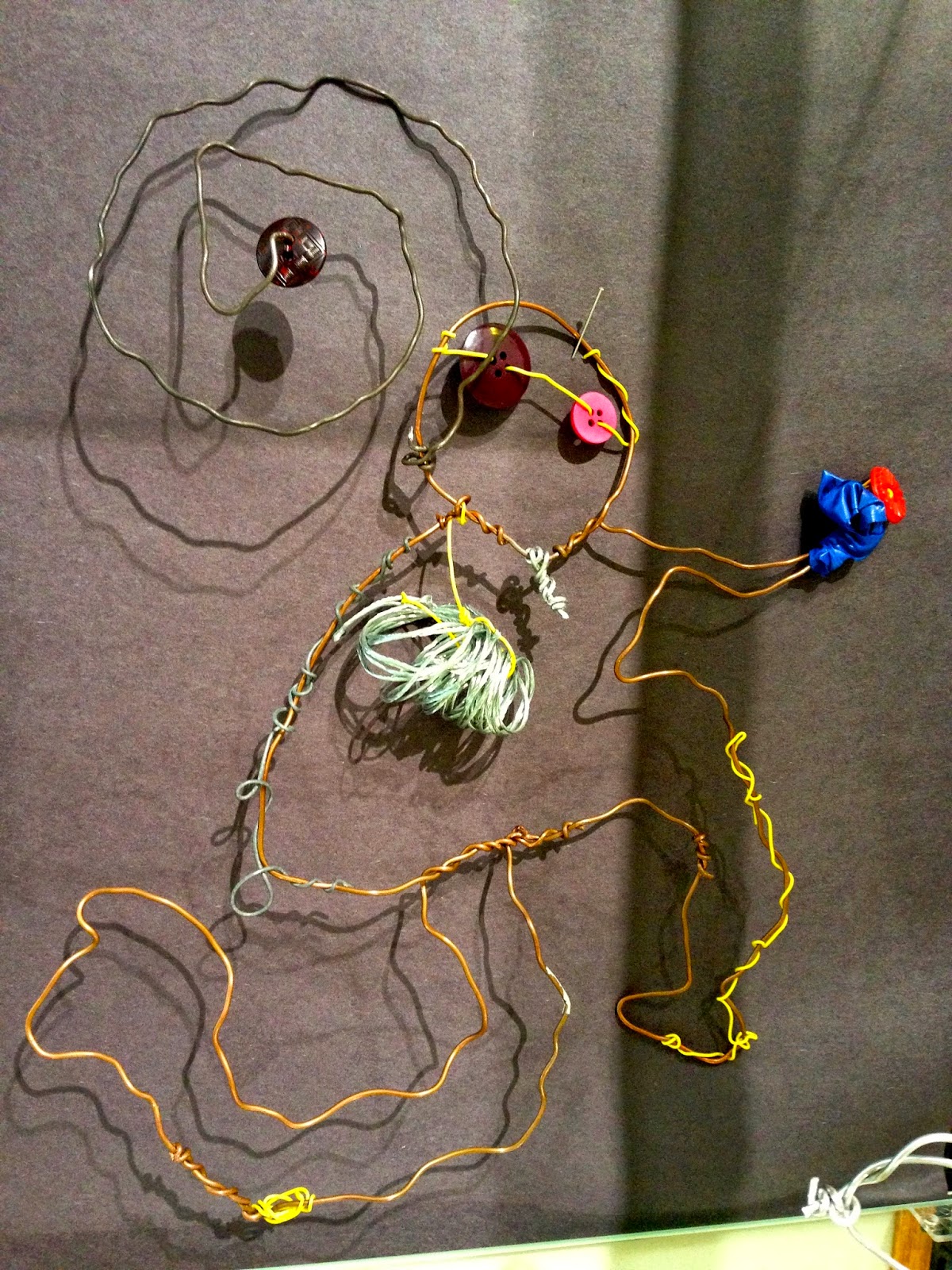 Students liked the idea of making a "sculpture" but when it came to the actual construction, I was met with some resistance. Instead of having 30 students crowd around a wire demonstration, I found a simple video tutorial. This way, I was able to give individual instruction to those that needed it and let other use the video as a starting point for their own exploration. At that point, I gave students a two to three foot piece of stove pipe wire and a run down of how to use the tools before allowing them to practice making connections and bends. 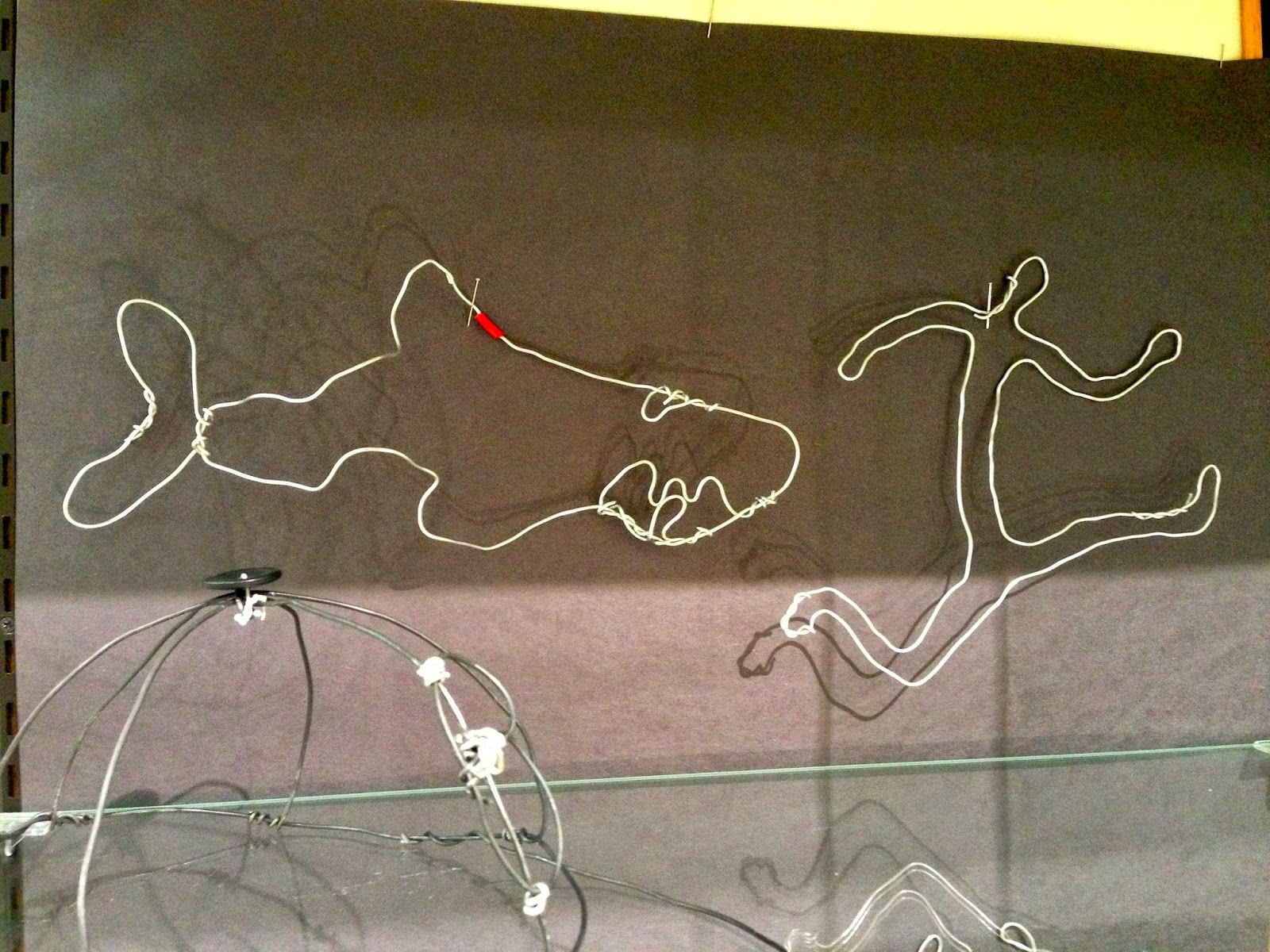 There was a bunch of complaining that building with wire was too difficult. I honestly think that physically using their fingers and having to plan where connections would be, was the difficulty. There was no formula to follow and that was tough for some kids to get over. I really pushed students to think for themselves and experiment. 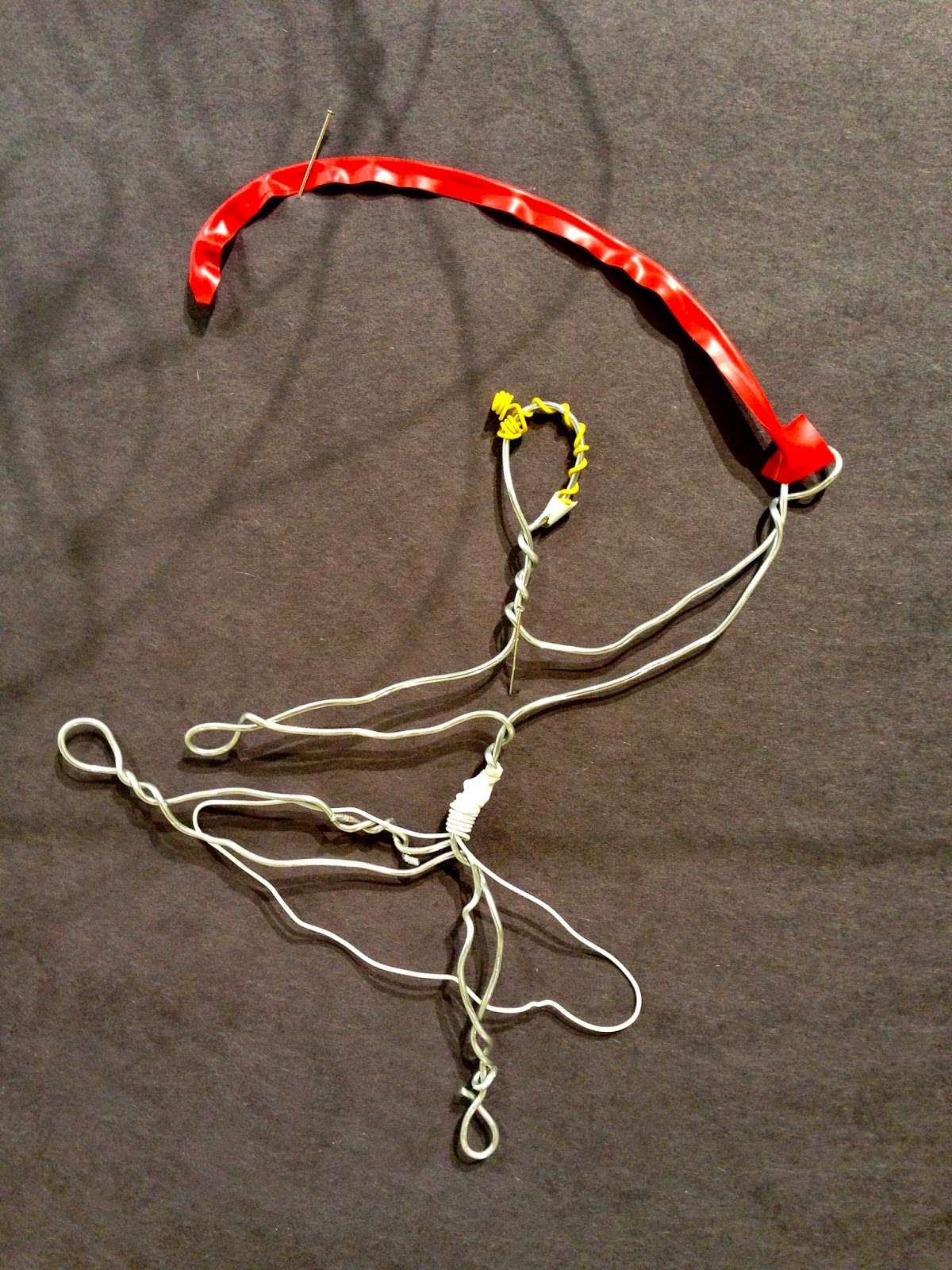 For the final sculpture students used more pliable, silver wire ( 18 gauge? I can't remember) I also provided some white and yellow, thin wire, copper wire, buttons and electrical tape. In the end, I am proud of what my students accomplished. I am proud that many pushed themselves outside of their comfort zones and tried something new with many successful products. 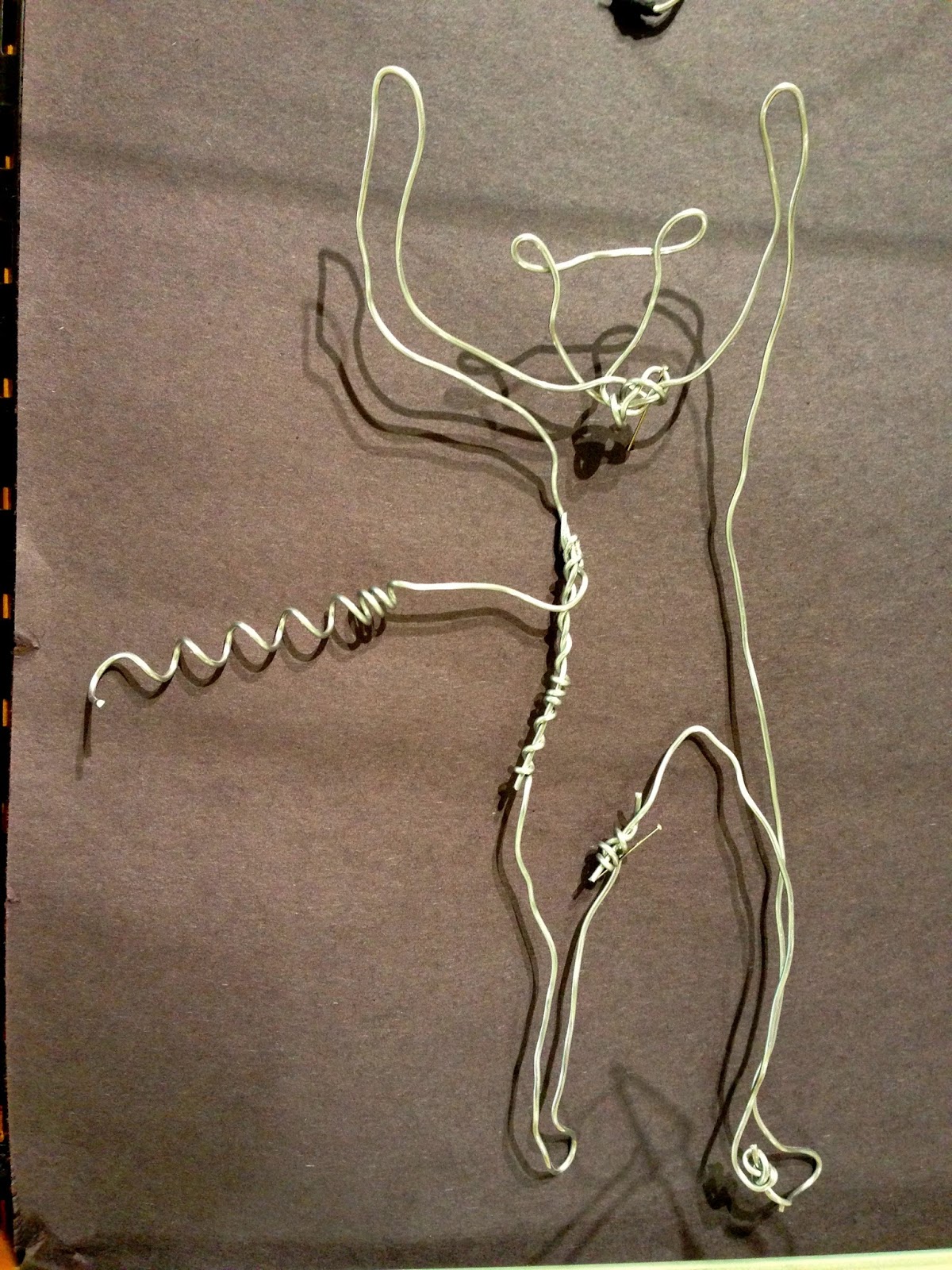