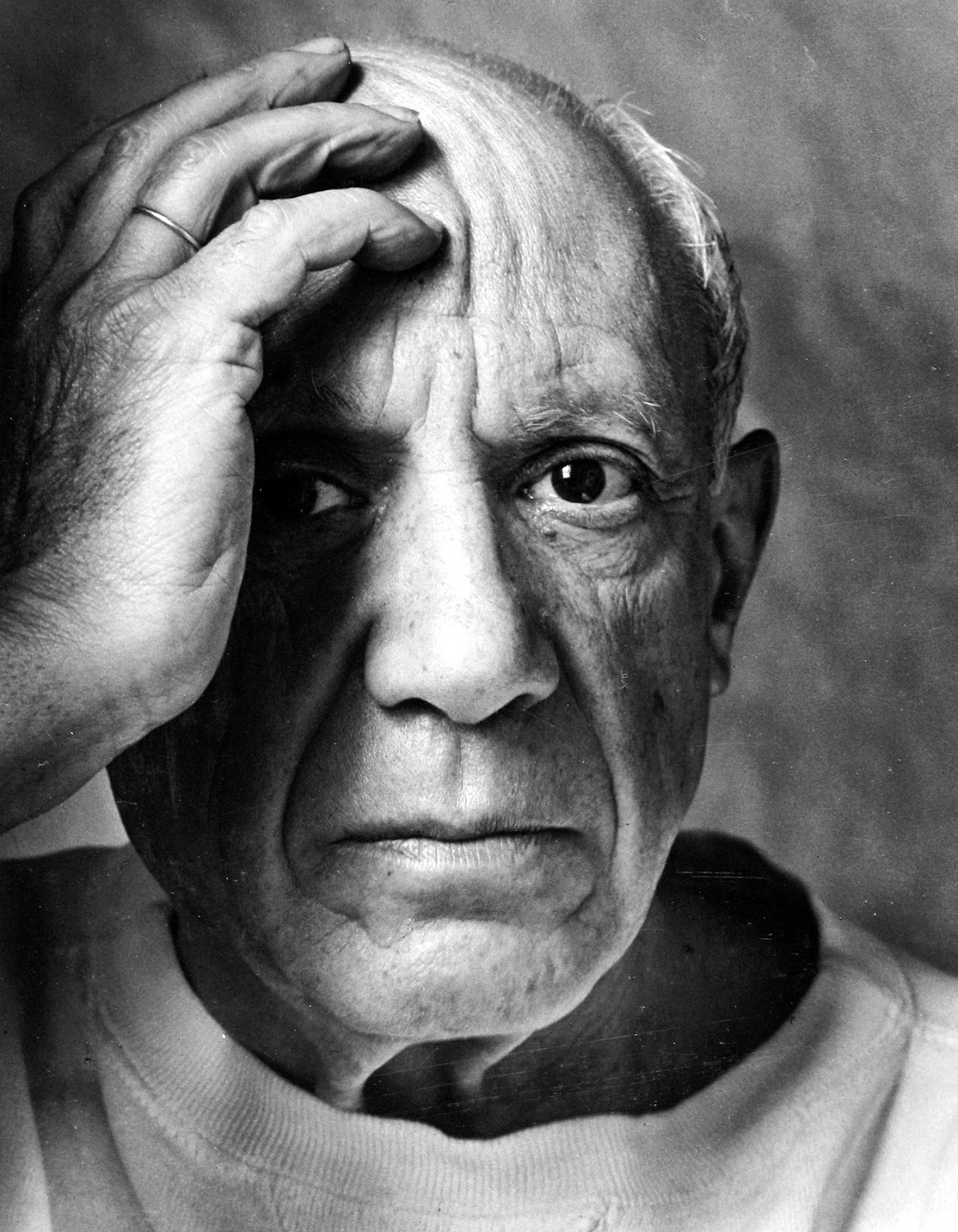 So if you haven't stayed tune to my sporadic posting lately, I teach high school, full time.
The pacing is way different than middle or elementary school. My Art 2, Art 3 and Portfolio students maybe complete a piece and a half each term. That is something I'd like to work on in the future, but it's where we are at right now. Plus, when they do complete an image, as much as I want to share with the blogosphere, I have a hard time posting the images. For one, I feel like I am way busier than I ever was, and two, my students have put so much time and thought and themselves into these images, that they are no longer mine to share (if they ever were in the first place). So for those reasons, my lesson sharing is a little more in frequent. 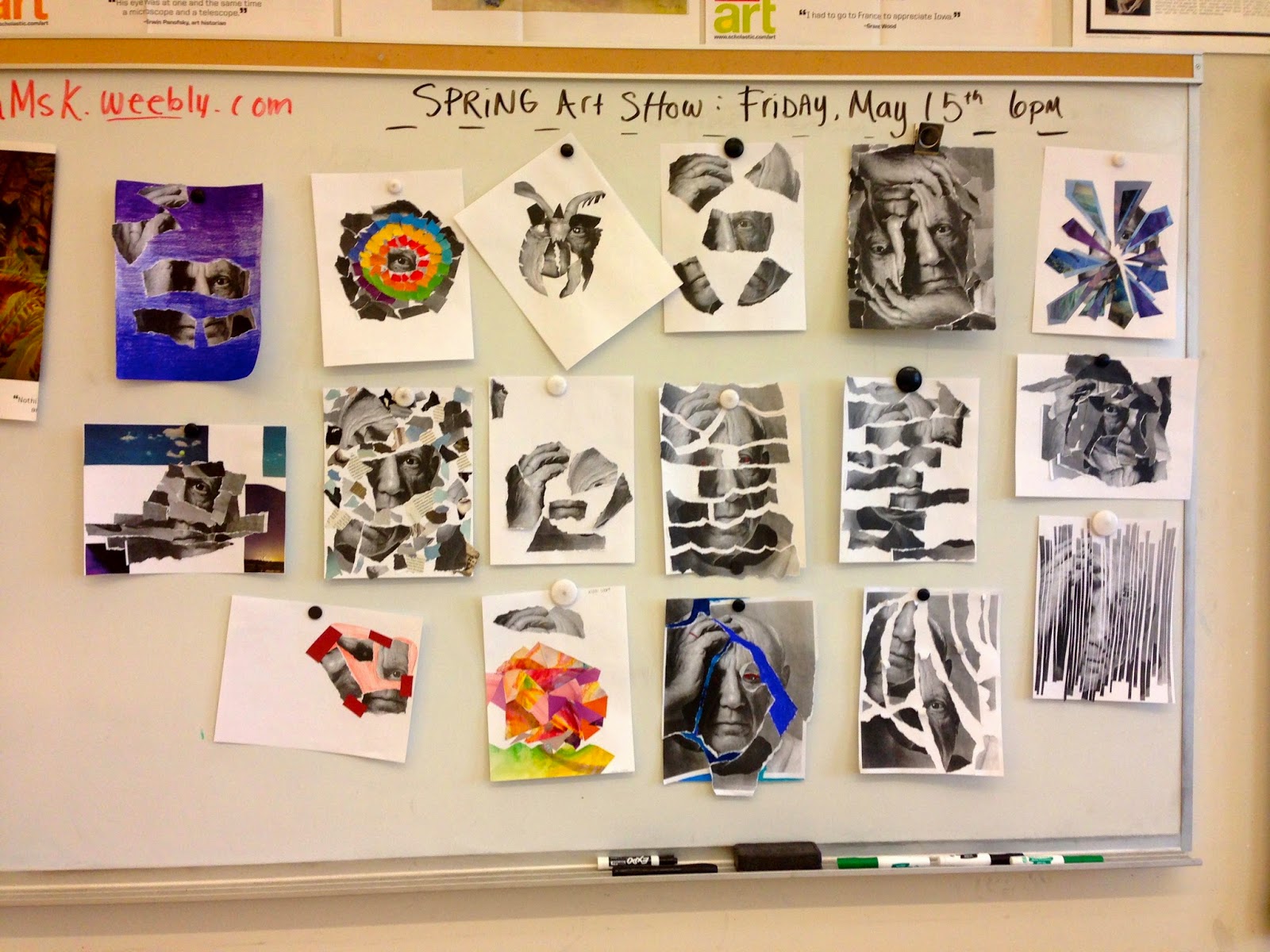 Today though, I was just gushing after first period.
I have taught Art 2 during period 1 for the last three years. (that is probably the only consistency with my job over the last four years). The first two years, I had wonderfully small classes, like under 15! This year, at the highest, I was at 25. But, I have been able to do all of the in- process critiques, mini- lessons and presentations just like I have been with the smaller groups. Perhaps it has something to do with being the first (or second) period of the day, but it has been awesome! 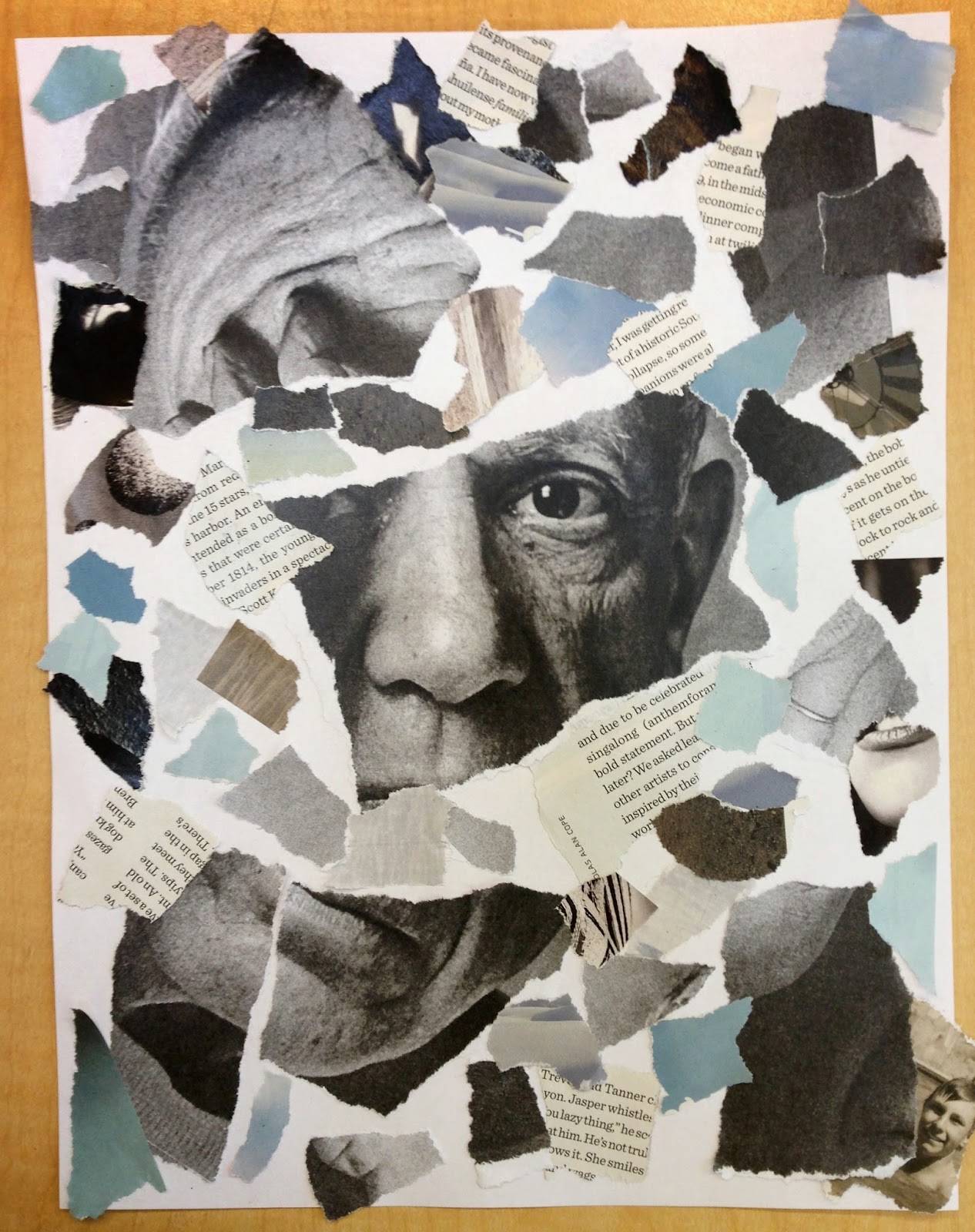 Currently with Art 2, students are in the process of finishing their Symbolic Portraits. I totally stole this lesson from Painting with Brains "back in the day." I have given my students a choice in media, and many are working with color pencil on a large scale (16x 20) so class after class can become tedious, especially a double, which is 88 minutes. 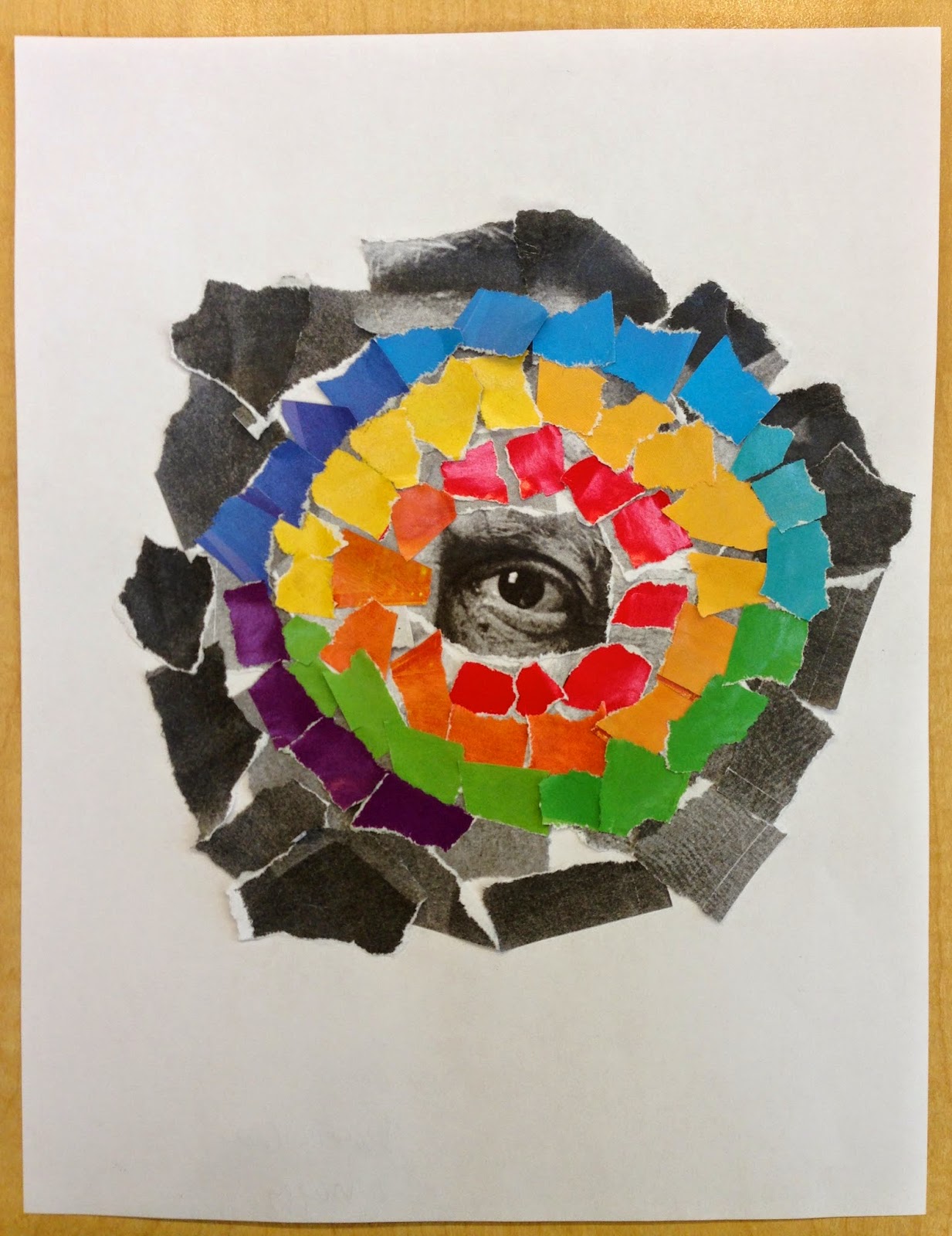 So today, being that it was a double and literally the middle of the term, I started my Art 2 with an exercise. (I ask them to keep a sketchbook that is passed in once a term with 6-8 pages or the equivalent of four hours worth of work (which is nothing compared to Art 3 where they pass in 10 hours each term) so this counted towards one of those pages). I felt like some students needed a break from colored pencils. 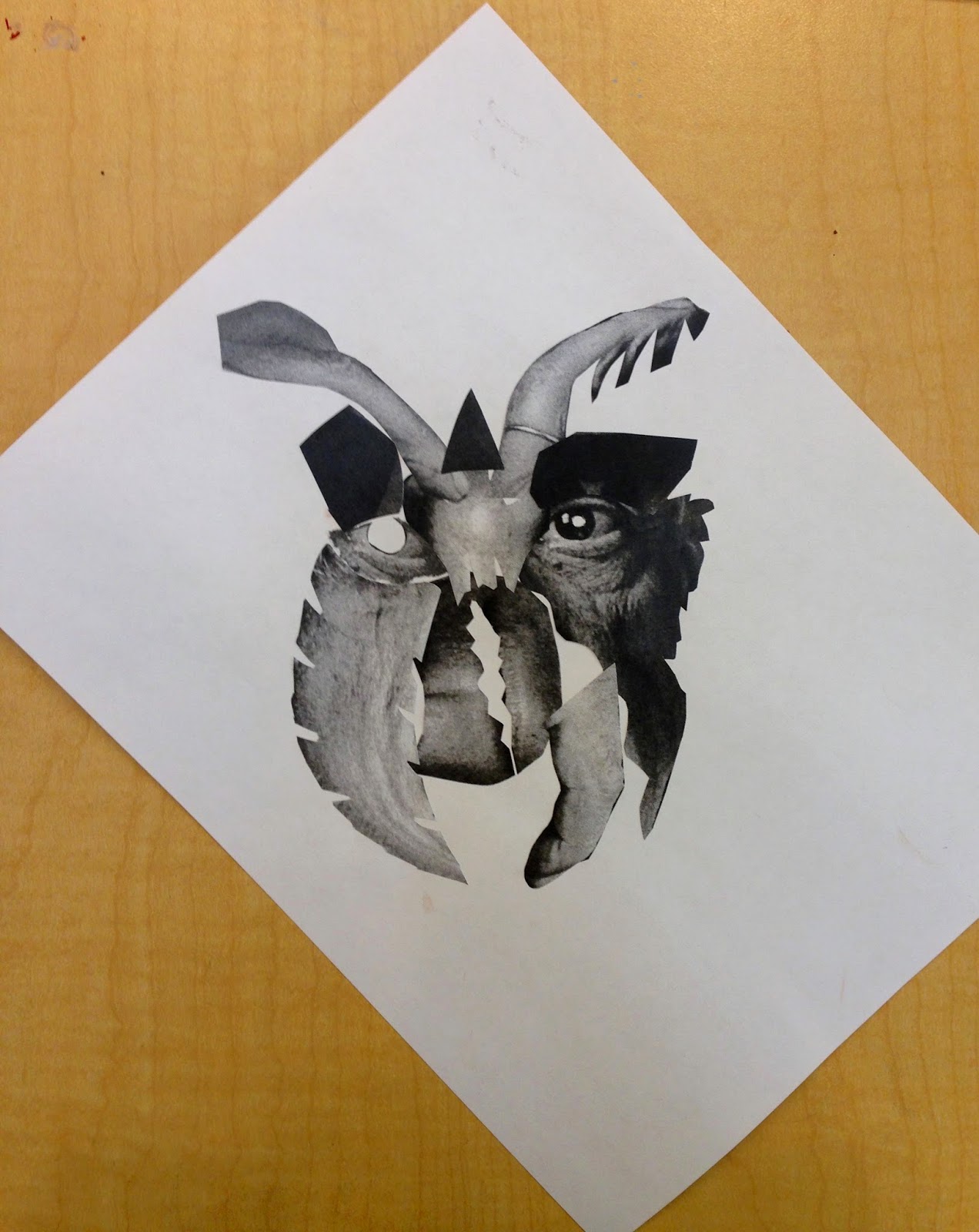 Very basically, the exercise was to deconstruct the portrait of Picasso (at the start of this post) and reconstruct it in a way to convey an emotion. Students could cut or tear. Add color with color pencils or markers. Use elements of magazine or painted paper. Words were not allowed. Extra copies of the image were provided. All pieces did not have to be used. 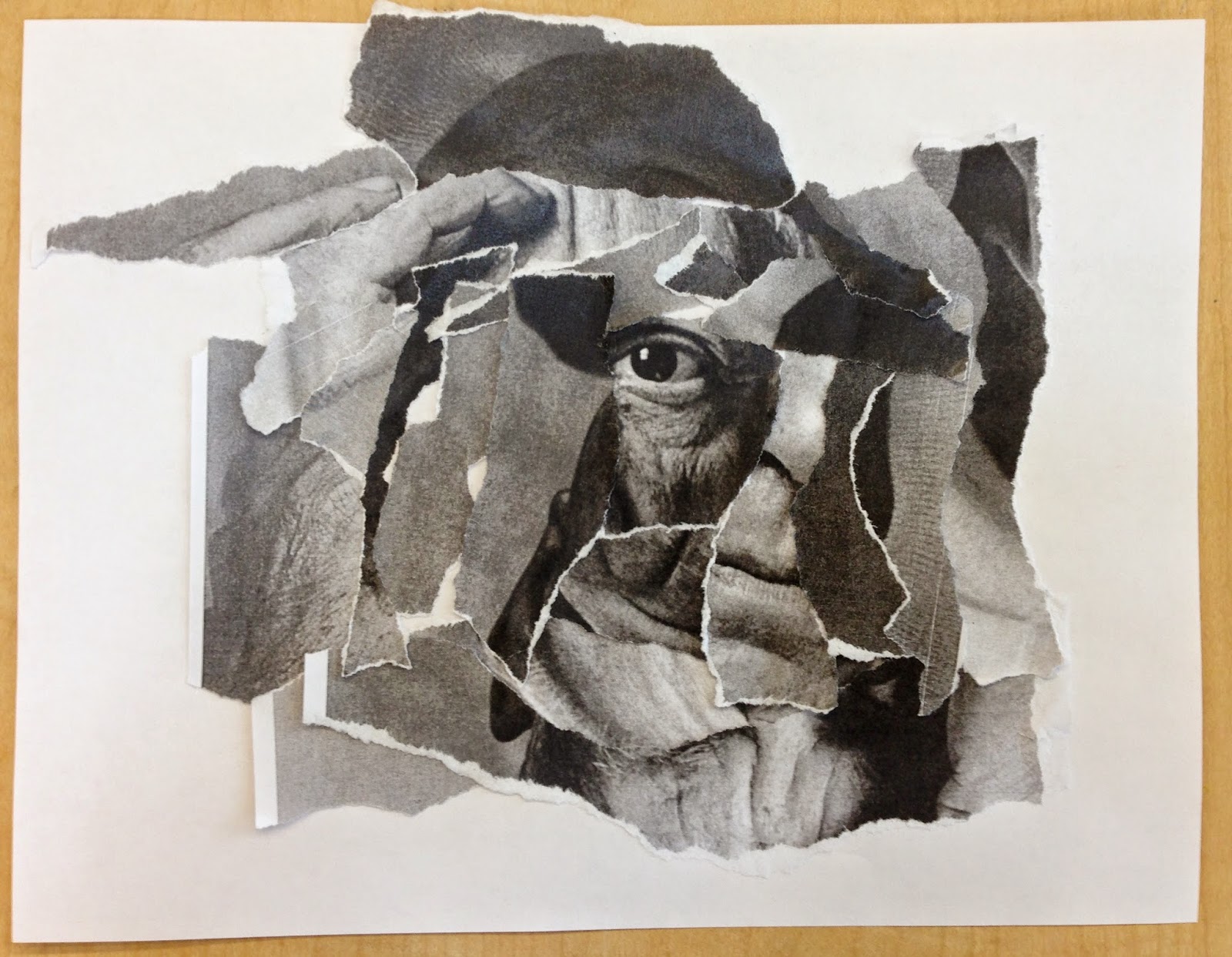 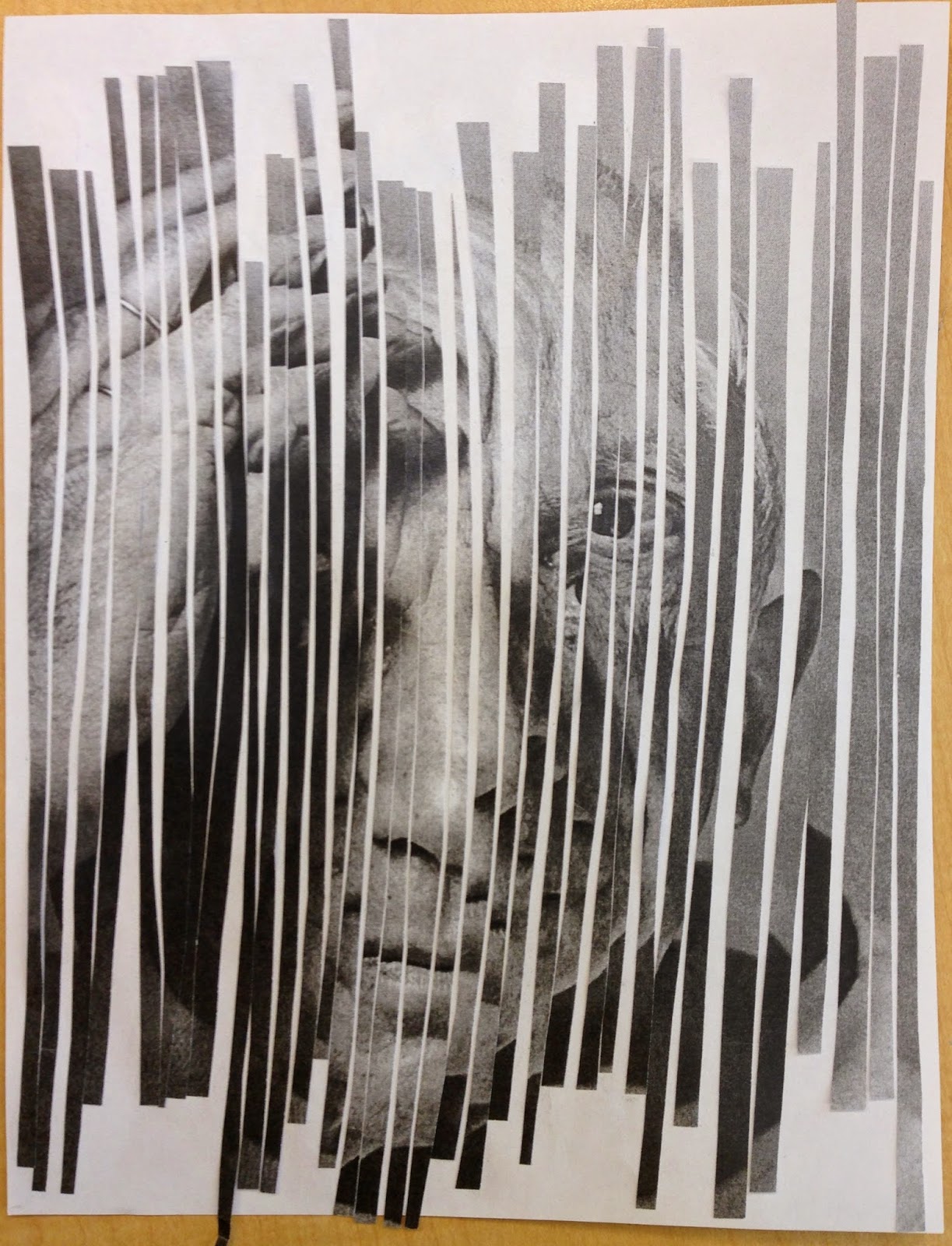 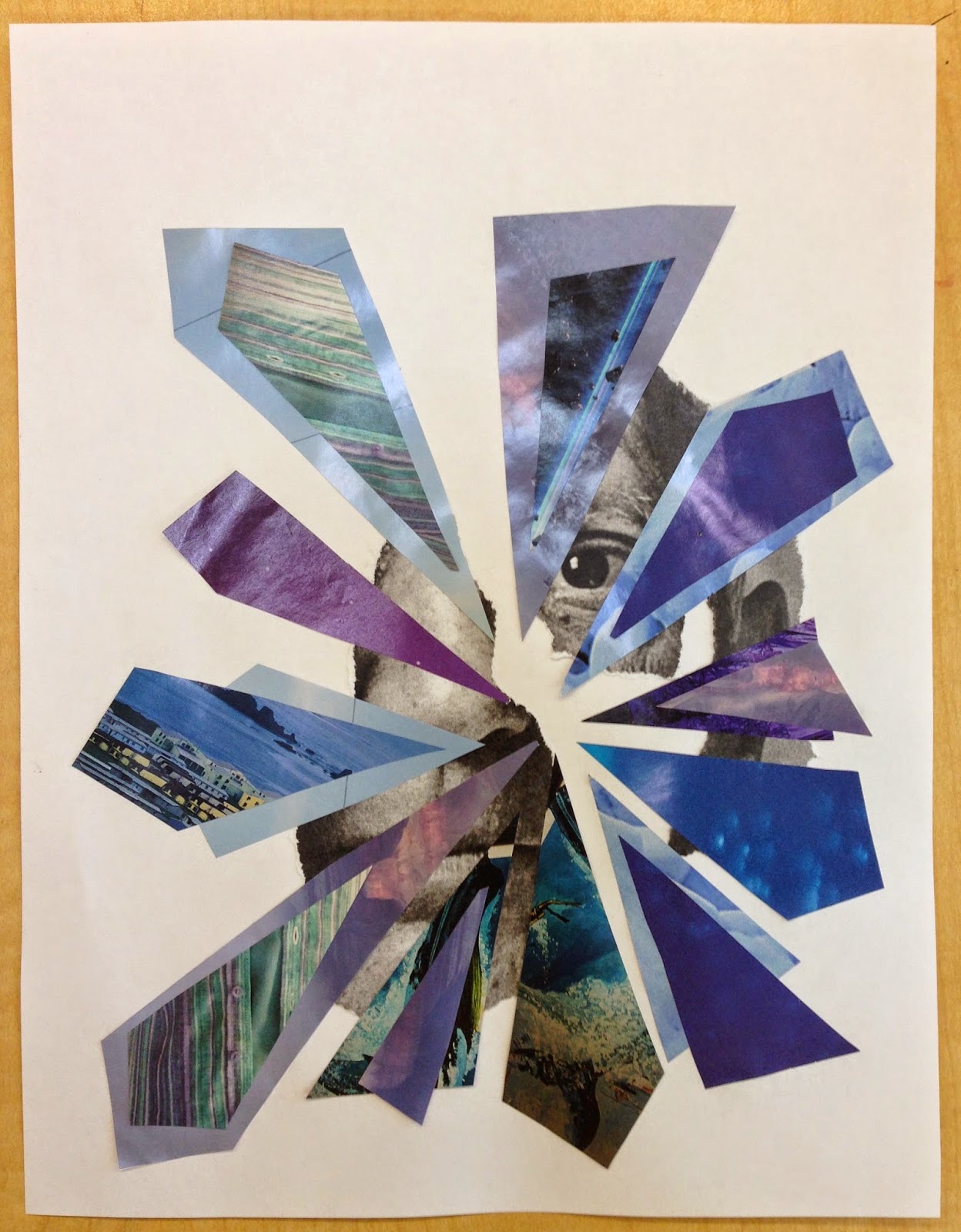 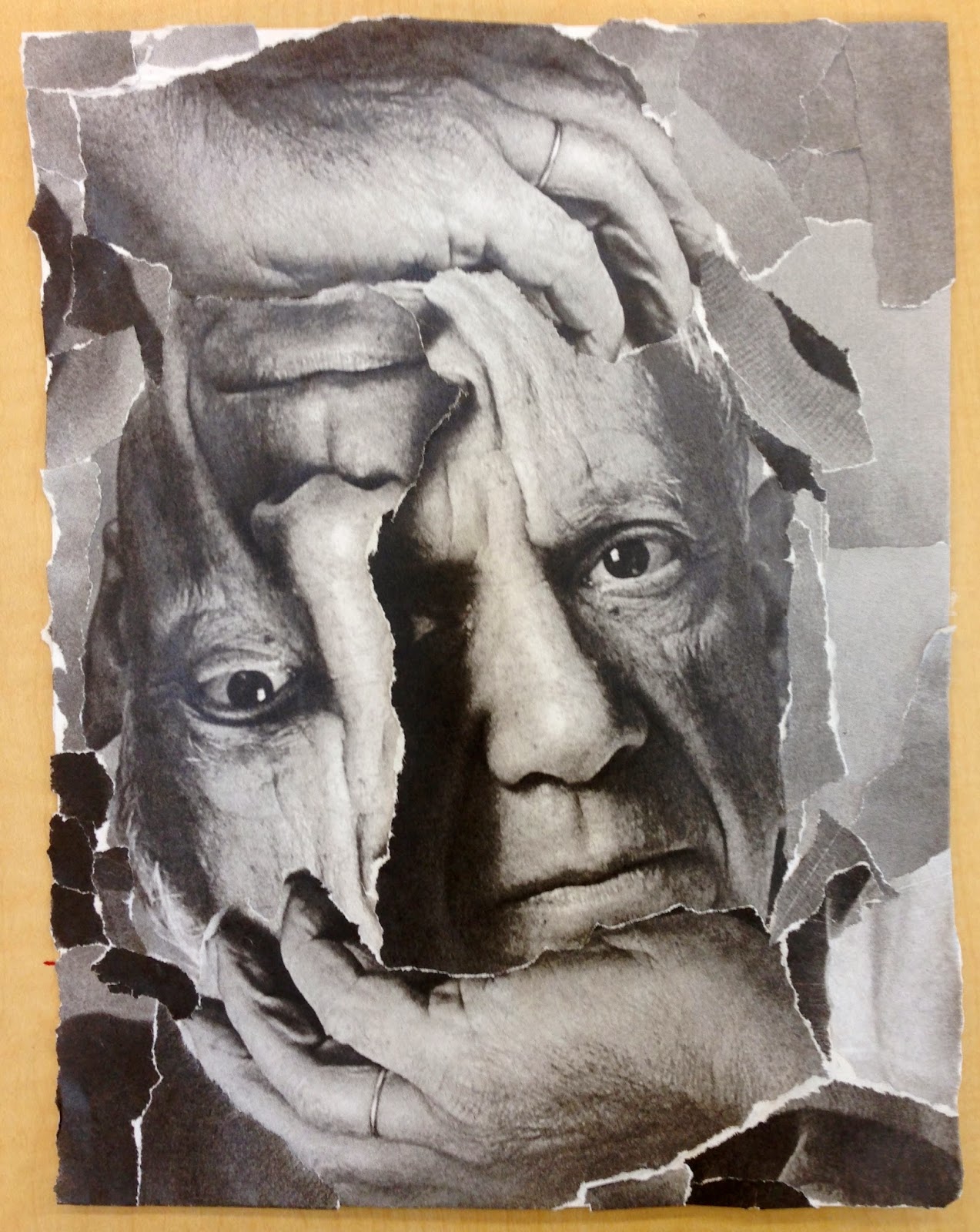 I began the exercise with a recap of what students may have learned in Art 1: expressive line and color psychology. I realize that what I was asking students to do was very abstract and unlike anything we have ever done before. But the variety of work that was produced in just 40 minutes was AWESOME! I can only imagine where these students will go in the future if this is the kind of problem solving that I see now.