one thing I love about blogging is checking my "stats" at least once a week. I suppose its a sign of the times, maybe even my generation, the instant gratification and the knowledge that someone out there on the world wide web actually cares, even for a few seconds, about my little life. that being said, if you have read my blog more than once, follow me!
since January, my blog had been viewed over 500 times! but I only have 8 followers... click it on the right (Mom)

the day came when I had a chance to show off my fourth and fifth grade work during the spring concert. I was actually nervous! mostly because I was not comfortable setting up the projector with my laptop by myself in the church where the concert was held. but, I did it. I think the best compliment I received was that the combination of the images and the kids singing made the fourth grade teacher cry!

I am a teacher who enjoys the process of art making. So as much as I know it annoyed some kids, I required students to come up with three ideas. We quickly sketched them in rectangles on an 81/2 x 11. And by quick, I mean that it took some of us a class and a half. We looked at old calendar pages filled with landscapes and animals for inspiration. Prior to starting this lesson, I did a quick lesson about drawing people and faces too. I attempted to conference with each student about which idea they would like to use for the final before starting.

Maybe I can put the show on you tube, but in the mean time, here is a selection of the almost 70 pieces in yesterdays show. 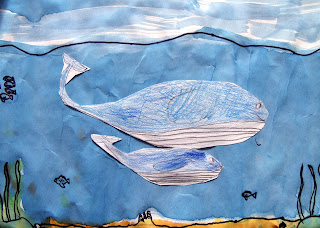 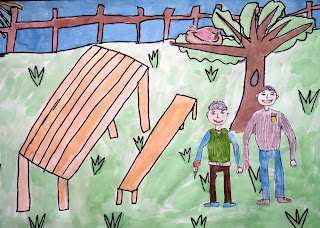 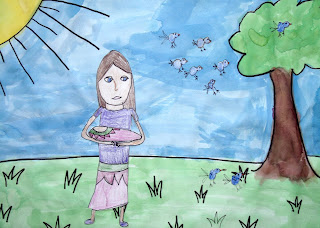 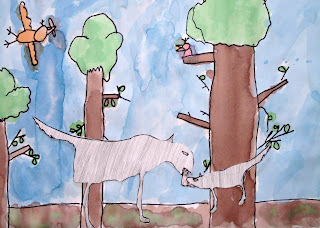 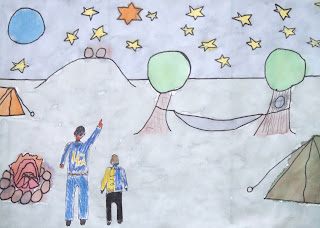 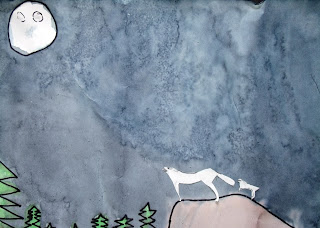