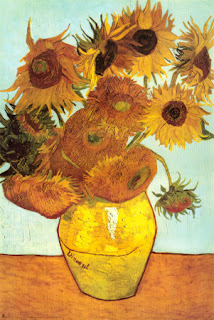 I know reproducing "Sunflowers" by van Gogh is a pretty standard lesson. I have only done it twice in the last four years though, and I could not resist reading another Laurence Anholt book to introduce my second graders to the artist.


some kids really got into this lesson. so much so that they needed an extra class. about every six weeks I have a "choice" day for second grade. its an earned treat for good behavior. so what I have done the last few choice days is have the students who need more time on an assignment finish first and then pick a choice...

choices are things like "free" draw, using my how to draw books, sometimes a little "special project" with me (watercolor, extra scratch art paper etc.) art games like cloodle or "the word game" (I have a deck of cards with adjectives, nouns, verbs and places. the kids pick one of each to make a silly sentence and have to illustrate it) pattern blocks, crystal climbers and if I am feeling particularly nice, legos... again, it has to be earned and we have a chart to keep track of our good listening and behaving day. having never taught as young as second grade, its been a learning experience, but rewarding. I would like to take the idea of the earned choice and use it next year with other grades.

back to Sunflowers.... it totally worked out that we did this the week of van Gogh's birthday. our principal talks to us about "this day in history" during the morning announcements and I could almost hear the second grade cheer from down the hall when she mentioned it was van Gogh's birth anniversary over the loud speaker. a simple, yet awesome lesson. I can't wait to see what these little ones will be able to accomplish when they are older. 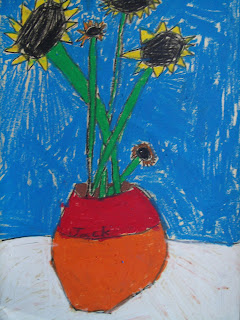 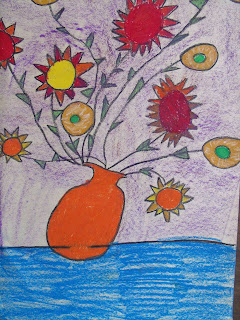 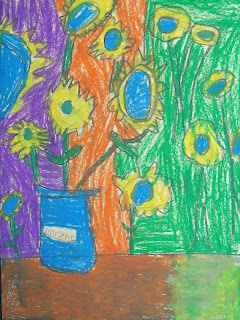 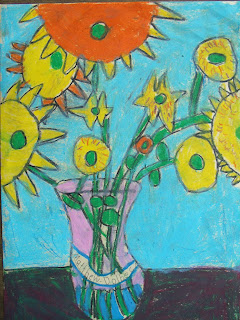 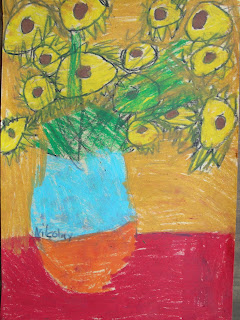 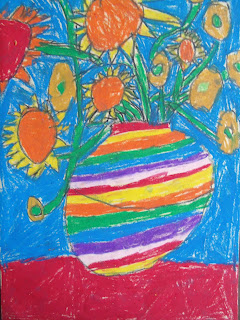